It was not the best team of any club. Superstar and icon player were out squad and side bench. Though this kind of friendly matches should take very seriously as it’s mention the honor and dignity of the club and the nation. Should say, the Parisians easily win the game over Internazionale. Ivory Coast footballer Serge Aurier scored double goal for PSG.

French professional club Paris Saint Germain is the top contender of French Ligue 1 and now they are the consecutive three times title winner. They are going to compete in upcoming 4th edition of International Champions Cup (ICC) 2016 which is an annual football competition and going to kick off in next 22nd July, 2016. Total seventeen teams from two different confederations will participate here. PSG is one of them. Paris SG will go to play their first match in this tournament against Italian club Internazionale where Internazionale is considered one of the top three most successful club in Italian Serie A. Let’s see their match details below. 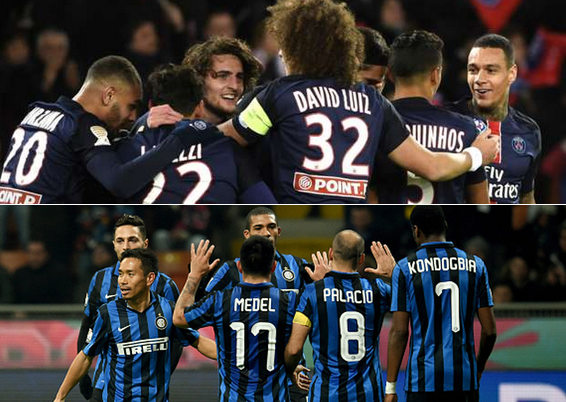 # Preview: Paris Saint Germain will have to play three matches in International Champions Cup 2016. The 1st match will be played between PSG Vs Internazionale in next 24th July, 2016 Sunday at 22:00 which is the British Standard Time (BST). The match will be staged at Autzen Stadium which is situated in the northwest United States.

# Field Details: Autzen Stadium was founded in 23rd September, 1967 and expanded in 2002. It is located in Leo Harris Parkway Eugene, Oregon, U.S. The current capacity of this ground is 54,000. FieldTurf is the surface of this arena.

# Prediction: Though, Internazionale is one of the three top club in Serie A but still the performance of PSG is better than them. So, the prediction is – Paris SG 2 – 1 Internazionale.