Not of the best team of Bayern but finally their team spirit and excellent finishing by United States forward Julian Green ensure 4 – 1 big win for Der FCB against just another big club of Italy Internazionale. Every editors wrote down their prediction for Bayern’s side cause of their fast football. Though usually, German clubs stopped against Italian teams but this time no chance for the blue and blacks. 4 goal within 1st half shocked Internazionale manager Roberto Mancini and he took good decision by changing format in 2nd half. But 4 goals was enough for the finishing of a match. Finally, Muncini decided to make change in squad and sending professional substitute. Even Argentine footballer Mauro Icardi got success in 90 minute. If some how they stop goals into the first half, result can be different. Exciting news is, Julian Green score hat-trick in red jersey on yesterday. Rest of the goal done by Frank Ribery who is scoring goal regularly. 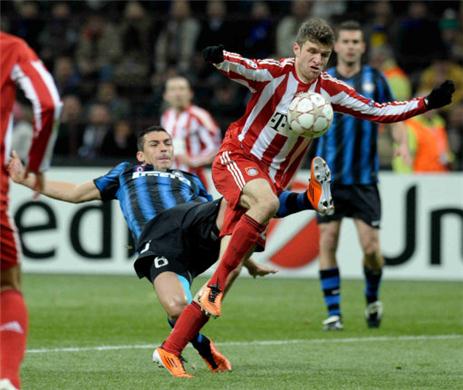 Prediction: There is no doubt Bayern Munich is most favorite in this match. So possible winner of this match is Der FCB. Result of this game would be 3 – 1.