Spanish giants Atletico de Madrid and English champions Leicester City will face each other in the upcoming UEFA Champions League Quarter Final stage clash and they will meet twice on the basis of home and away system. It is going to be a great series of contest as both teams have done well to reach this stage and will look forward to sealing their place in the semifinal stage.

Schedule : Atletico Madrid will host the first leg at the Vicente Calderon on the 12 April night before touring the King Power Stadium on April 18 to play the second leg. 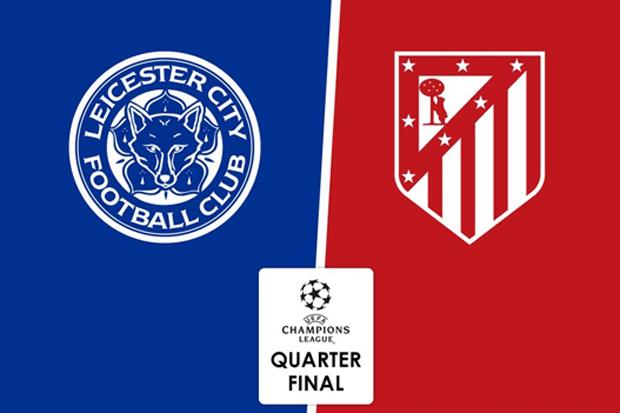 Atletico’s form in this season’s UCL : The La Liga side is the runners up team of last season’s competition. The last time they were very close to lift the trophy but were just beaten in the penalty shoot out against city rivals Real Madrid. They also went to the final on the 2013-14 campaign but was beaten by the same opponent. They are very much consistent in the top tier league of the European football and again one of the favourites to lift this historical trophy. They won 5 out of their 6 group stage games this season to top the group and just tasted the defeat once, when they visited the Allianz Arena as the Bavarians got the better of them with a 1-0 victory. They got Bundesliga side Bayer Leverkusen as their round of 16 opposition and thrashed the German side at their own ground with a massive 4-2 away victory and then drew 0-0 at the Calderon to book a place at the round of 8 stage.

Leicester’s form in this season’s UCL : The EPL title holders, who wrote the fairy tale last season to lift the Premier League crown, are playing the UCL for the very first time in the history. They were struggling in the league this season but were impressive in the European arena. They won 4 out of their 6 group level games to top their group, drew the away game with Kobenhavn and tasted a 5-0 defeat against Portuguese side Porto at the Estadio do Dragao. They were tied to Sevilla to play the round of 16, got defeated on the first leg f