The foxes lost against Paris St Germain into their last match and that’s why it was great challenge against La Liga Champion. But competitive football and world class skill of FCB, can’t give any chance to the Premier League champions last night. Spanish young star Munir El Haddadi’s pair goal before half time and Luis Suarez’s surprising finish shocked the foxes. Though Nigerian star Ahmed Musa’s double goal in 2nd half made the score 2 – 3 and made opportunity to fight Barcelona but that was not enough for them. Rafa Mujica’s 84 minute goal change the scenario of the match. Still now Lionel Messi can’t score any goal during this pre-season matches but assist a goal yesterday.

Spanish champion Barcelona is one of the top contender in ongoing International Champions Cup 2016 which has come after one year usually. They will have to play three matches in this tournament which will be a part of their pre season tour as well as friendly competition. They have already played their first game against Celtic where they defeated them by 3 – 1 goals. Now, the time has come for 2nd match. They are scheduled to play their second game in this tournament against Premier League champion Leicester City in next 3rd August, 2016. The Foxes also played their 1st match against Celtic where they defeated Celtic by penalty shoot out. In second match, the English side was lost by French Ligue 1 champion Paris SG. So, upcoming fight against Spanish giant will be their last match in this tournament and hopefully the fight will be contesting. 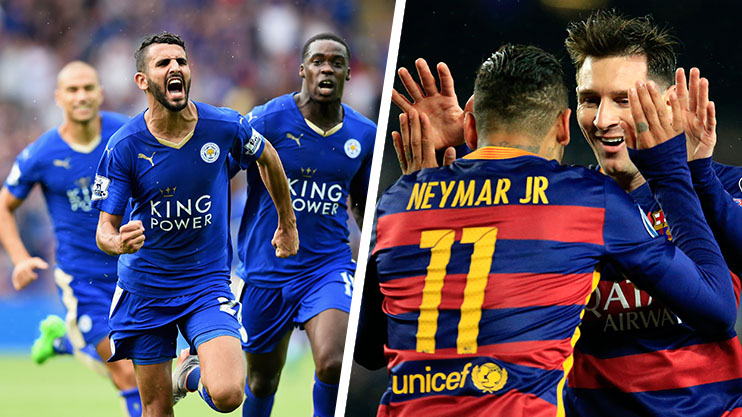 # Field Information: The match will be placed at Friends Arena which is situated in Solna, Stockholm. The ground has 50,653 seats capacity along with 92 suites. It was opened in 27th October, 2012.

# Head To Head: Though, Barca is the current La Liga champion and Leicester City is the current Premier League winner but the interesting matter is they did not face against each other in field before. So, it will be amazing matter that to enjoy the match and also examined as one of the big match.

# Key Players of Barca: Team Barca has plenty of great players. If we consider their best performer ever, we hate to say the name Argentine great Lionel Messi. He holds the record of highest goal scorer in the club. He is also in the team now. They have possess the world class attacking division which consists of Messi, Neymar and Suarez simply called MSN. Though, Neymar is not in the squad now due to participate in national team for upcoming Rio Olympics. But Spanish Munir can fill his place. Besides, Munir scored one goal in last match against Celtic which was also in the ICC 2016 event.

# Key Players of the Foxes: The Foxes have many rosters in their squad which is led by Jamaican defender Wes Morgan. But, Riyad Mahrez is considered their trump card. He scored one goal in this running ICC 2016 tournament against Celtic which was their inaugural match in this annual competition. So, he will be focused. Besides him, Jamie Vardy is the another successor who was also selected as FWA Footballer of the Year according to last EPL season.