Another successful and expected win by Leicester city. This is their first time in history to make opportunity to win English Premier League title. 3 April was the 32nd match of the foxes where they performed like do or, die. This is kind of positive attitude raising up the points of FCLC. Only goal of match scored by Jamaica national team footballer Wes Morgan on 38 minute. Disciplined football on defense, midfield & forward ensure another victory for the team of Vardey. After winning this match Leicester city made 69 points in total and Tottenham hotspur draw against Liverpool made 2 more point difference.

Fastest growing English team Leicester city is very close to win their first title of the history. Right now on 1st position and their only competitor is Tottenham Hotspur those are 5 point down of the foxes. Into the last season Southampton made this kind of opportunity to do something special like FCLC. They are doing well in this season as well but not like the previous year. Current ranking of the Saints is 7 and total point 47. This match is more important for the foxes to boost up their points cause anything would be happened in last moment, as Totteham & Arsenal is close to them. 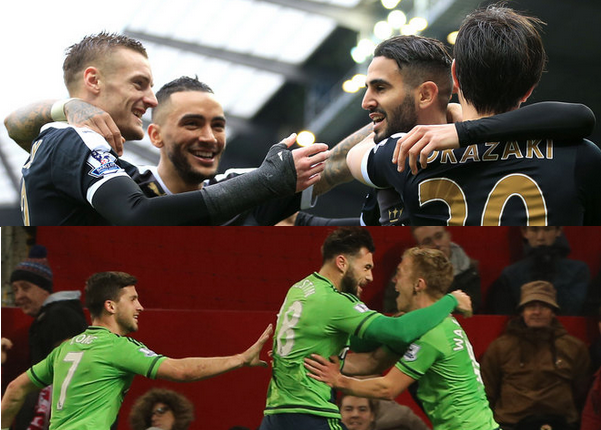 Match between: Leicester City Vs Southampton [live stream online on Fox Sports 3 to free watch with Sports Maza. TV will be added here just before 20 minute of the match]

The foxes are taking every matches like do or die event which spirit up their team combination. Jamie Vardy & Riyad Mahrez performance and golden boot opportunity will encourage to score goal as well for LCFC. Graziano Pelle is the trump card for Southampton who scored 9 goal during this season but goal scoring capacity of the foxes keep ahead them to our editorial prediction.