If you read this feature before hopefully observed that our prediction became true. Another good finish by the foxes in front of the hammers. First goal of the match scored by English forward Vardy on 18 minute and his goal keep ahead his team up to 84 minute. After 56 minute red card of Vardy, the foxed became little bit nervous but play well by their 10 man team. Carroll didn’t miss penalty chance on 84 minute which made the score level. Within next 2 minute Cresswell’s goal seems that the hammers going to win by finish drama. But Ulloa made the score level once again on 90′ + 5 and surprised the hole world.

Highlights of the match –

Leicester City already locked tittle of English premier league 2015-16, this team started to perform quality football from this year 2015-16. The foxes didn’t loss in last 7 matches in premier league. Leicester will play their next match against West Ham United at the King Power Stadium which is the home ground of Leicester City and it’s need to mention that home support always provide some extra advantage during the match. The Hammers lost two matches against Leicester City into the last season and that’s why they want to win 2nd leg match of this season. Leicester played their last match against Sunderland and they beat them by 2 – 0. Jamie Vardy scored two goals in 66 minute and 90 minute of the match. Jamie Vardy can be the key player for this match as well. The Hammers drawn into their last match against Manchester city by 3 – 3 which is their fourth consecutive draw in league. Good sign for the Hammers that they are unbeaten since last ten games. Andy Carroll playing great football from couple of years  who made hat-trick in last match against Arsenal. If West Ham won this match, they will cross over Manchester United in League table and this is why, they don’t want to miss this chance easily. 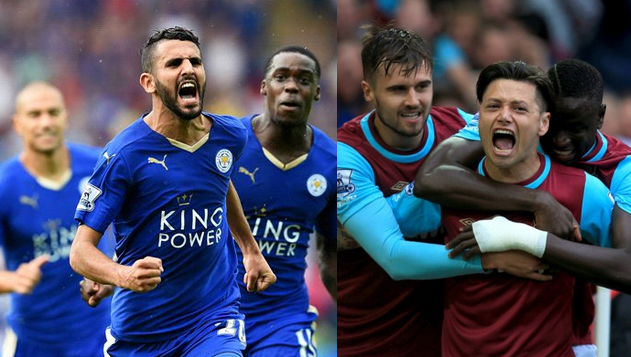 Prediction: Prediction of this match is draw and possible score is LEI 2 – 2 WHU