Great surprise by the team of Kloop just before starting 2016-17 season. They won and simply destroyed Spanish La Liga Champions FCB by 4 – 0. How it possible ? Luis Enrique forced to make change 10 footballer and play with the best XI of Barca but the attacking attitude of the reds don’t give any chance to the team of Messi & Suarez. Cause of Olympics football tournament, Brazilian star Neymar was out of team but his replacement Munir scored 3 goal in last 3 matches. Where they have 2 top class forward, how they lost against a middle order Premier League performer Liverpool, it’s really a shocking news for every Barca supporters. 89845 audiences attained into this match to watch direct from the gallery and support their favourite team the reds. Actually, this gallery support guide them to force to the Catalans.

ICC is actually a friendly tournament which generally held annually. Barca have also competed here as their pre season tour. They have already played one match in this tournament out of three. 2nd match will be staged against the Foxes and last match will be placed with another English side Liverpool. The match will be staged in next 6th August, 2016 at Wembley Stadium. Let’s have a look below where their upcoming match details along with field details is given. 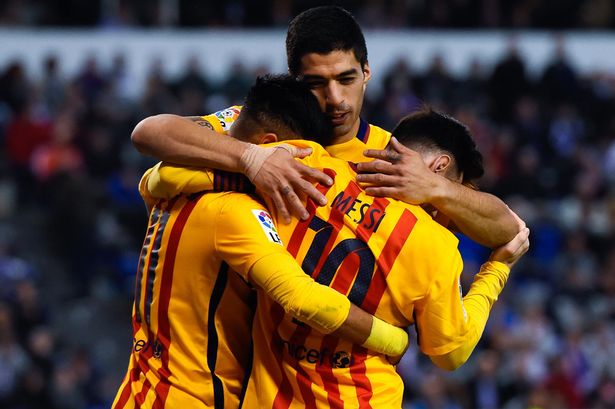 # Venue Details: The upcoming match between Barca and the Reds will be staged at Wembley Stadium which is located at London, England. It was founded in 9th March, 2007 with 90,000 current seats capacity along with 166 suites. The surface of the ground is made by Desso GrassMaster. Wembley Stadium is the current home ground of Tottenham Hotspur.

# Head To Head Comparison: Spanish giant have played against the English side total six times before where they won twice, lost twice and also drawn twice times. They first met in 5th April, 2001in UEFA Europa League and last met in 7th March, 2007 in UEFA Champions League. Let’s see them details below.

# Recent Statistics of Barcelona: If we consider the last five matches result of Barcelona, they won all of the. Among them, three were La Liga matches, one Copa Del Rey and rest one was friendly match. Before playing against Liverpool, they will have to play against EPL title holder Leicester City.

# Recent Statistics of Liverpool: If we look to the last five matches of Liverpool, they won three matches against Wigan, Huddersfield and Milan where they lost two against Chelsea by 1 – 0 and against Roma by 2 – 1 goals. They have already played two matches in ICC 2016 and last match will against Barca.