Though most of the media wrote down their prediction for Manchester United but FC Liverpool simply win this match of Europa League and keep ahead them 2 – 0 aggregation. 20 minute penalty change the situation of the game which make nervous to Man Utd. Daniel Sturridge scored first goal for the reds from penalty. Brazilian footballer Roberto Firmino scored 2nd goal for Liverpool on 74′. Right now we should consider FCL for this match of Europa League and 2 goal behind Man U need to face big challenge if really want to qualify for the next round.

Man U gave a big surprise in their Europa League last match where they destroyed FC Midtjylland by 5 – 1 and get chance to play round of last 16. Though the bad experience of Man U in Champions League isn’t forgettable but if the red devils can win the title of Europa League, it would be a satisfaction of it’s fans. FC Liverpool getting straight win from few weeks. Their win against FC Augsburg was extremely outstanding and this English team played very disciplined football, though the aggregation difference was 1 goal only. 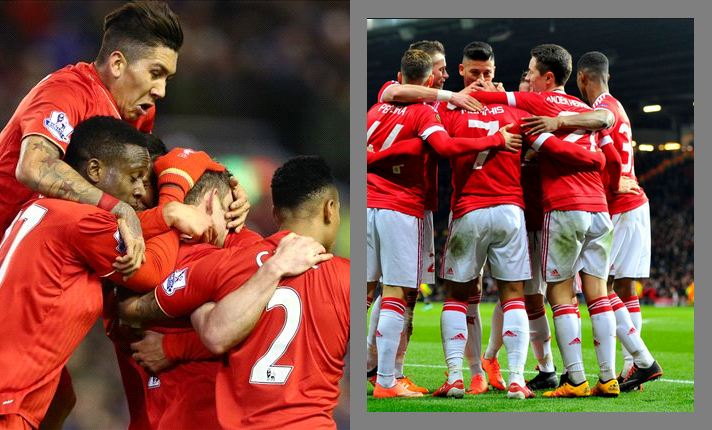 Surprisingly a big match going to happen in Europa League between Man U and Liverpool. Though it’s not a good sign for English fans cause one of them need to go back from Round of last 16 where this 2 teams were favourite of this tournament as well.

Though English No. #1 popular club Man Utd was little bit worry about the injury of their superstar striker Wayne Rooney but the young man Marcus Rashford performance simply giving peach to it’s fans. His pair goal against FC Midtjylland & Arsenal raised him to the next height and media journalists giving focus on this skilled young star footballer of Man U.

Though this two team is the most renowned and old club from England but current performance in Barclays Premier League isn’t like leading club. FC Liverpool lost couple of their footballers in last season cause of club transfer & retirement issue.

We should keep ahead Manchester Utd cause of last few matches performance and Head to head statistics saying same thing but close together. But the prediction should be fifty-fifty as both are very unpredictable right now.

Usually, Sports maza wrote down a prediction just when write down a preview of a match. Our prediction for this event is Manchester United 1 – 0 Liverpool in 1st leg. If we need to consider both leg and it’s aggregation, it’s favoure will go to red devils side.