Two French top club PSG and Lyon are going to play against each other in next 6th August, 2016 which will be a club friendly match. Only a couple of days later, the Ligue 1 competition in 2016/17 season will start. Before that they will try to sharpen their technique through this match where two teams are top in ranking where Paris SG is 1st and Lyon is placed in 2nd position on Ligue 1 point table. Let’s take a look below where their upcoming match details is given. 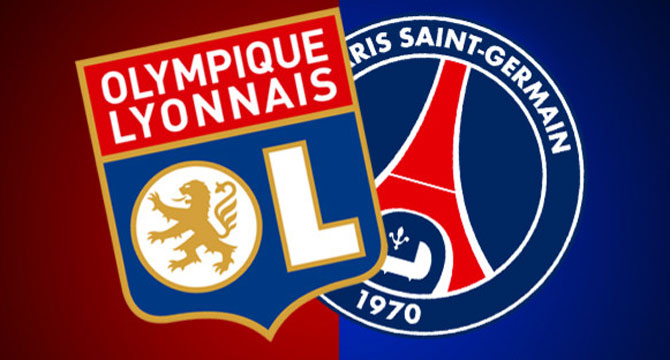 # Face To Face Comparison: If we consider their face to face statistics, the both clubs have fought total 53 times before where they started their fight in 18th September, 1994 where Lyon won by 2 – 0 goals. And also last time they played in 29th February, 2016 where Lyon again destroyed PSG by 2 – 1 goals. So, upcoming match will be their 54th number matches. Among 53 matches, the both clubs won 19 times each where rest 15 matches were drawn. Here we provide their complete head to head statistics below.

# Upcoming Fight Between Lyon & the Parisians:

# Key Players of the Parisians: Spanish giant PSG has a number of good players which is currently led by Brazilian international Thiago Silva. They have also a legendary playmaker Argentine Angel Di Maria who is considered as one of the top playmaker in the world nowadays. Uruguayan striker Edinson Cavani would probably be the lead attacker in next match. Besides, the chief of the PSG Unai Emery has signed three more players in this summer. German international Thomas Meunier is one of them. Though, best eleven will not compete in friendly match but also they will not allow to let opponent win.

# Key Players of the Kids: Lyon is one of the most successful club in Ligue 1 by winning 7th titles so far and currently standing 2nd in position. They have a couple of great and talented players like French striker Alexandre Lacazette. Anthony Lopes would be their goalkeeper. The team is led by Maxime Gonalons.

# Prediction: Considering their recent performance and face to face statistics, the both teams are seems same ranked but the Parisians have more talented players than Lyon. So, they have maximum opportunity to win. So, the prediction is – Paris SG 3 – 1 Lyon.