This match is calling as the match of money as both team doing well in national tournaments. As this match held on Parc des Princes stadium in Paris, here have more opportunity for french team Paris SG to win over English club Man city but the result is 2 – 2 draw. Belgian attacking midfielder K De Bruyne scored first for the MC on 38 minute. But 41′ minute goal of Ibrahimovic made the score level. Rabiot’s 59′ goal keep forward Paris SG but Fernandinho made the score level once again. Most surprising issue of the match is Zlatan missed penalty shootout chance on 13 minute of the game.

French league champion taking on Manchester City in the quarter final of Champions league on Thursday. The match will be held on 7 April 2016 at Parc des Princes stadium, the home ground of PSG. This is fourth successive quarter final for Paris SG in champions league while Manchester City making their first appearance in quarter final. That’s why they looking for more success into the tournament. This is very important match for Man city, Manuel Pellegrini’s thinking is his team have the ability to beat PSG in first leg match as well. Winning this match will benefit them to make one step forward on the road of semi-final. On the other hand PSG desperately looking for qualifying in the tournament. 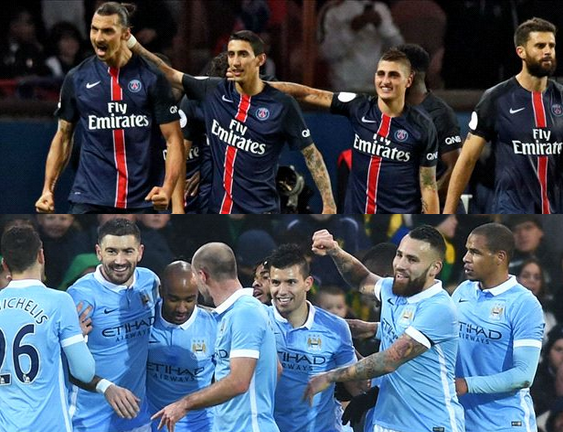 Prediction: It will be a very tight match but possible winner would be Paris Saint-Germain after playing both leg and possible score of first leg is PSG 3 – 1 Man City