The old lady Juventus lost into their first match of ICC in Australia tour against home team Melbourne Victory in penalty shootout. Though it was in own city but the Zebres was favourite in there as well. 58′ minute goal of Blanco from the midfield keep ahead Juventus. Basically, it was lack of skill by Melbourne Victory’s goalkeeper who was more forward from the goal post. Ingham’s goal made the score 1 – 1 draw. Match goes to tie breaker and the leading club of Italy lost in Australian ground by 4 – 3.

Italian number #1 professional football club Juventus which is the running five times champion and overall 32 times Serie A champion, is going to participate in International Champions Cup (ICC) 2016 as a one of seventeen teams. It will be the part of pre season tour of them. 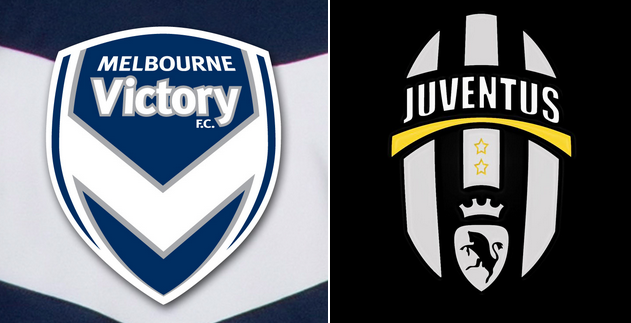 They are scheduled to play two matches in this upcoming tournament which is going to kick off in next 22nd July, 2016. The Old Lady will play their inaugural match against Melbourne Victory where Melbourne Victory used to compete in Australian professional tournament A – League. The Big V is currently standing in 6th position on A – League point table.

# Short Details: Italian Juventus will play against MV in next 23rd July, 2016 Saturday at the Melbourne Cricket Ground, Melbourne. The match will start in 10:00 AM (BST). The Melbourne Cricket Ground which is also known as The G is a very renowned and also largest stadium in Australia. It has 100,024 seats capacity with 109 exclusive suites. It was opened in 1853. This match will be the first match of International Champions Cup 2016. This ICC tournament in 2016 will be the fourth edition which was first held in 2013. Since then, it used to place every year. It is getting popular day by day.

Here we provide the possible line up for both teams below.

# Possible Line Up of Juventus:

# Possible Line Up of Melbourne Victory:

# Head To Head: Juventus and Melbourne Victory did not play against each other previously. So, it will be the first time for them to meet each other in field. Though, Juventus is so powerful team but the Big V could probably be the dangerous opponent in their known field. So, team Juve have no chance to take them as a light opponent. This match would be amazing.

# Last Five Matches Results: The Old Lady won four out of their last five matches and lost one against Hellas Verona by 2 – 1 goals unfortunately. Their regular Argentine striker Paulo Dybala scored 19 goals in last Serie A season which was the second highest score. On the other hand, Australian club Big V won only one out of their last five matches. They lost three and drawn one. So, their next match will be the toughest challenge.

# Prediction: The prediction is simple. Most opportunity goes to team Juve where the Big V will have got just one favour that the match will be staged on their home ground. So, the match prediction is – Juventus 2 – 0 Melbourne Victory.