One of the newest contender of Ligue 1 Metz has come again to compete in the top league in France after a long time where they were relegated to Ligue 2. However, they are scheduled to play their inaugural match in this tournament against the defending champion of Ligue 1 Paris SG in next 21st August, 2016 which will be the 10th match of this upcoming competition where the Ligue 1 2016/17 season will start in 19th August, 2016. 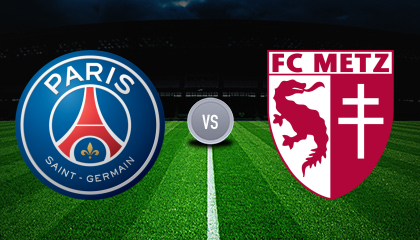 # Short Profile of Hosting Arena: Parc des Princes will be the host arena of upcoming competition which is situated in Paris, France. It was founded in 1972 and since then it became the home arena of PSG. It is an all seater venue in France which seats capacity is 48,583. Roger Taillibert was the designer of the ground.

# H2H (The Parisians Vs The Maroons): The inaugural match between PSG and Metz was held in 10th September, 1994 and last match was staged in 29th April, 2015. In both two fronts, the Parisians were won. Till now, this two clubs have met total 26 times where French champion won 15 times and lost six times. Five matches were drawn. One thing is need to mention that their all competitions were held in Ligue 1 tournament.

# Possible Line Up of the Parisians:

# Possible Line Up of the Maroons:

Paris Saint Germain is the current Ligue 1 champion which has won the title total six times including four consecutive titles. On the other side, Metz has just got promoted to Ligue 1 from Ligue 2 for becoming 3rd in Ligue 2 competition in last season. So, no doubt about the future of the upcoming competition between them.