83rd season of Primeira Liga has just started a week ago and already Eagles have played their two matches where they won one and drawn one. Now, they are scheduled to play their 3rd match against Nacional in next  27th August, 2016. 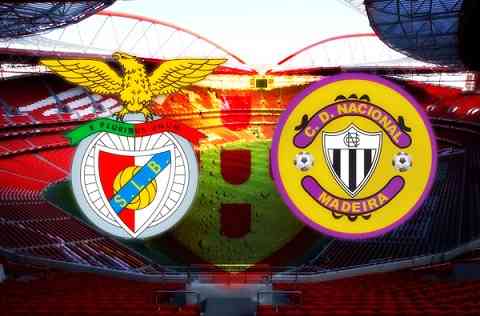 # Short Details of Arena: Located in Madeira, Portugal, Estadio da Madeira will be the host of upcoming competition. It has only 5,132 seats capacity where the field surface is made by grass. The stadium was established in 8th December, 1998. Team CD Nacional uses this as their home arena.

# Head To Head: Benfica played against Nacional almost 33 times so far since the beginning where the inaugural competition was staged in 28th September, 2002 and the last meeting was held in 15th May, 2016 where Eagles was won by 4 – 1. Among all matches, Eagles won 25 where Nationalists won only four matches. Besides, four matches also were drawn.

# Recent Performances of Eagles: Benfica is the Portuguese top tier who won two matches out of their last five and lost two against Torino by penalty shoot out and against Olympique Lyonnais. They drawn their last match against Vitoria Setubal by 1 – 1 which was a part of Primeira Liga 2016/17 tournament.

# Recent Performances of Nationalists: On the other hand, Nacional which is also known as Nacional da Madeira is an overall medium quality club which did not won any Primeira Liga title and also finished their last season by standing in 11th. Besides, if we look to their last five matches results, they failed to win any matches but to draw one and lost three. One match against Gil Vicente was cancelled.

Now, this two clubs are heading towards them and one thing is common about this two clubs which are that they are looking forward to win their next matches. Though, match will be take place at the home ground of Nacional but it would not help them to win against the Portuguese top tier.