Leading club of Portugal Sporting CP lost against the 2nd most popular team of France Lyon by 1 – 0. Definitely, it was a competitive match and expected result come in finally. Only goal for Olympique Lyonnais scored by Alexandre Lacazette on 53 minute which was an excellent effort to watch. Though the club of Lisbon tried to give back goal but their effort stopped by the defenders of Lyonnais.

French Ligue 1 top tier Olympique Lyonnais or simply Lyon is currently 2nd in position in Ligue 1 point table after finishing their 2015/16 season successfully. Lyon is the seventh times Ligue 1 title winner where they last won the title in 2007/08. Now, they are scheduled to play their 4th friendly match in this season against Portuguese Sporting Lisbon which is considered one of the three Big Three clubs and also the same successful Portuguese club.They are the current runner up in Primeira Liga 2015/16. 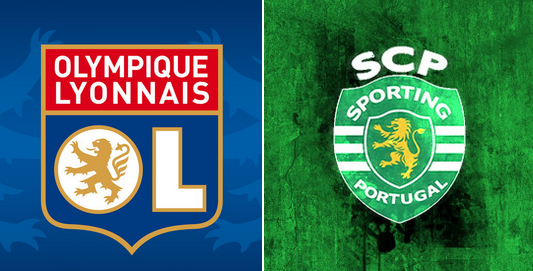 # Arena Details: The upcoming match between Lyons and the Kids will be staged at Estadio Jose Alvalade which is the home arena of Lyons. So, it seems that it will be the home match of Sporting CP and away match of the Kids. It is one of the biggest arena in Portugal which was established in 6th August, 2003. Tomas Taveira was the Engineer of this project.

# Head To Head Statistics: Portuguese side Sporting Lisbon and French Lyon did not play against each other yet but to schedule to play for first time.

# Line Up of the Lyons (Possible):

# Recent Performance of Lyons (Last Five): According to the last five matches of the Portuguese side, they won twice against Sporting Braga by 4 – 0 and against Stade by 3 – 1. Rest three matches were lost. Let’s see their statistics below.

# Recent Performance of the Kids: Here we provide below the last five matches statistics of the Lyon where they won twice. Last match against Fenerbahce was cancelled.

# Prediction: Though, above two teams did not fight each other before and and analyzing above listed information of both two teams, one thing is certainly known that their upcoming match will be contesting. The match would possibly be drawn.