Spanish giant Real Madrid has started their new La Liga season with victory and almost played two games in this largest league competition La Liga 2016/17. Now, they are going to play their 3rd match against Osasuna in next 10th September, 2016 which will will also 3rd match of the Reds. 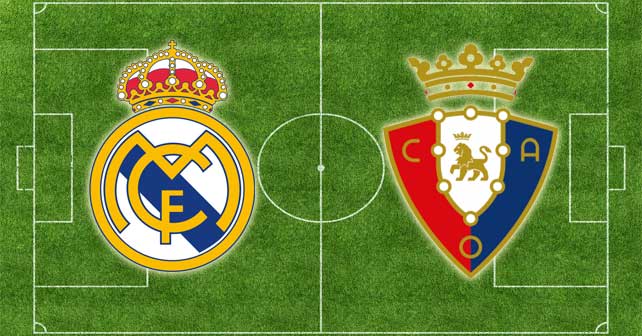 # Head To Head Statistics: Whites played with the Reds total 32 times before and won 20 matches among them, lost only five and drawn seven competitions. Their inaugural competition between each other was held in 5th September, 1993 and last time played in 27th April, 2014. Considering their last six head to head fight, Real won four of them where Osasuna did not able to win any single match but to draw twice times.

# Recent Performance of Vikings: According to the last five matches statistics, Real won five games out of their last five  against Bayern Munich, Sevilla, Reims, Real Sociedad and Celta De Vigo. Among them, two matches were in La Liga competition. They have started the 2016/17 season by standing in 2nd position in Spanish competition.

# Recent Performance of the Reds: On the other side, Osasuna won none but to lost thrice out of their last five matches. Two matches were also drawn. They lost against Eibar, Rayo Vallecano and Real Sociedad. They drawn against Bordeaux and Malaga. They have also played two matches in this Spanish league tournament but failed to win any of them.

Osasuna, the club has competed in last season in Segunda Division which is the 2nd highest professional football competition in Spain. They have promoted through the playoffs and after two seasons, they have come to compete in La Liga again. They are desperate enough to show better performance here but that would not help them much against the most successful team in Spain Real Madrid. No doubt, Real would destroy them in their upcoming match and Vikings would probably not use their best eleven there.