Napoli and Palermo are the two Italian side are scheduled to play against each other in next 10th September, 2016 which competition will be a part of ongoing Serie A 2016/17 season. Let’s see their next match details below. 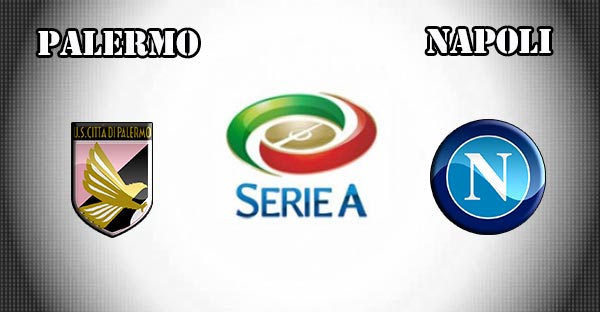 # Hosting Ground Details: Stadio Renzo Barbera will be the host arena for the upcoming competition between Napoli and Palermo. The arena has another identity that it is the current home ground of Palermo. It was founded in 24th January, 1932 and also formerly known as Stadio Littorio. The field surface is made by grass. It is located in Palermo, Italy which consists of 36,349 seats capacity.

# Head To Head Balance: The Eagles have made almost 22 successful competitions against the Blues before but able to win only seven of them and lost ten. They have drawn five matches also. If we look to their last six battle, Palermo just made one win and lost four times so far.

# Current Activity of the Blues: Italian giant Napoli won twice Serie A title before and in the last season, they were too close to the title but did not claim it but to became 2nd at the end of the season. but however this time, they are desperate to claim it again though, they have stumbled in their first match in this running Serie A tournament against Pescara where they failed to win only but drawn the match though they won their 2nd match in this tournament against Milan. They would probably suffer this season due to sell their best striker Gonzalo Higuain to the Juventus but their manager Maurizio Sarri has replaced his position to add Arkadiusz Milik from Ajax for €35 million but he would not match with the Argentine star. Besides him, Sarri has also included five more players this summer transfer window where Emanuele Giaccherini from Sunderland is one of them.

# Current Activity of the Eagles: At the beginning of the new season along with pre season friendly competitions before the Serie A 2016/17 started, Palermo is continuously showing such poor performance. They just managed to win a match against Bari 1908 which was the part of Coppa Italia out of their last six matches. They have also started new Serie A season by playing against Sassuolo and defeated by 1 – 0 goal. In following match in this Italian top professional tournament against Inter Milan was drawn by 1 – 1.

# Prediction: It would be a little difficult to predict about their upcoming competition. The both clubs have enough capability to defeat each other and also they are both followed same formation in the ground either 3 – 5 – 2 or 4 – 3 – 3. But, we can keep ahead Napoli because of their recent winning streak. So, the prediction is – Napoli 2 – 1 Palermo.