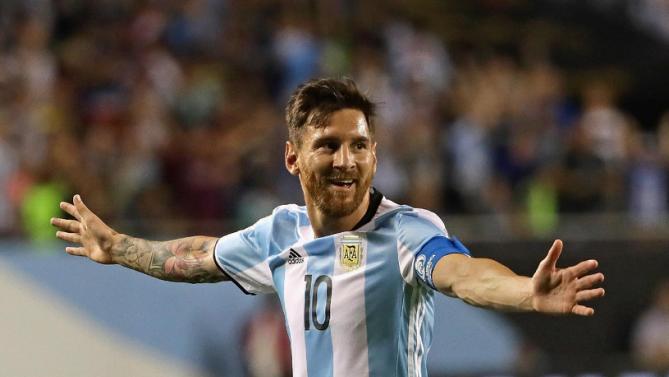 Due to back injury, Argentine alien footballer Lionel Messi missed their opening match of Copa America Centenario against defending champion Chile. Though his team successfully won the match by 2 – 0. 2nd match of Group B, held between Panama and Argentina where the 14 times Copa America winners destroyed the North American team by 5 – 0. Most crowding issue of this time being is, Lionel Messi made hat-trick in his first match of this tournament.

Prediction of this match also mentioned big score for Argentine side. Panama played well into the 1st half when the opponent can able to score only goal against them. But after the goal of 68′, they are become frustrated. Leo come in field on 61 minute by the substitute of Fernandez and scored 3 goals within this short period of time. Due to injury issue and based of weak opponent, Gerardo Martino decide to play Messi after half time. But he proved once again that half an hour is enough time for him destroy a nation.

This two national team played 2 matches in total where both match win goes to the nation of Diago Maradona’s side. Even in both matches, Argentina scored more goals which is 8 in total.

Few days back, Argentine legend and best footballer of the history Maradona said that Messi have no personality as a captain. After this comments, it was the first match of him where his hat-trick goal keep ahead the team of white-sky blue to qualify for the next round.

After this losing by big difference, it’s become hard for Panama to qualify for the next round. Right now, need to win over Chile into their 3rd and last group stage match.

2nd most favourite of the tournament, Uruguay already out of the tournament by losing two match. Right now the title winning possibility of Argentina raised up more. Surely, it’s a great opportunity to Lionel Messi to win trophy for the nation first time. Though, they should to count Mexico, USA & Brazil during this tournament those are playing good football into this tournament.