West Ham United forward Enner Valencia was the key footballer of this match and that’s why the three colors was the favourite of this event. As this match held in Ecuador, they have more chance to win but the match result finished with 2 – 2 draw. However, still the team of Enner Valencia standing on 1st position by collecting 13 points in total. Just after starting of the match the hammers man Enner Valencia scored his first goal for Ecuador and keep ahead them by 1 – 0. But the footballer of FC Ingolstadt, Dario Lezcano’s paired goal on 38 & 59 minute simply made hope for Los Guaranies La Albirroja. First goal of Lezcano was just need to do finish but his 2nd goal was amazing dribbling and enjoyable to watch. After the 2nd goal by Dario Lezcano, Ecuador started to attack again and again but it seems the whites – reds going to win the match on their ground. But the man Angel Mena saved his team on 90′ + 2 by scoring his first goal for his team.

Though draw was not satisfactory result for the both team but it helped both team to stay on their current position in point table. Right now Ecuador and Paraguay standing on 1st and 4th position and having more chance to qualify for the main event of FIFA world cup 2018 in Russia.

Still more matches of qualifying round is left and the red whites need to win rest of the matches of ensure their journey to Russia. Next match of them will be against most time world cup winner Brazil.

Ecuador and Paraguay was in safe position in standing table cause of their current ranking 1st and 4th respectively. Specially, the performance of Ecuador is outstanding and already made chance to qualify from South American region. Though still this teams need to play couple of matches and ensure their booking for Russia. But win in every 4 matches keep ahead the team of Antonio Valencia. Team Paraguay need more win as still top nations are eagerly waiting to win and boost their ranking. Actually, even 5th position would be better for any nations of South America cause usually they are qualify when need to join in playoff.

Match between: Paraguay Vs Ecuador 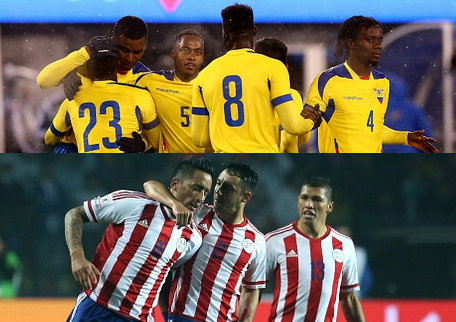 As this game will held in Ecuador, they would get another win over Paraguay. Last few matches performance & venue of the tricolors made them favourite of this event.