Three matches in total held on during the 2nd day of Copa America 2016 where only team Peru able achieve win by single goals. Only goal of the day scored by Flamengo striker Paolo Guerrero. Performance of South American teams actually surprising all footballer fans. However, this win of Peru against Central American Haiti helped them to reached top position in Group B.

Team Peru is one of the top contender in group B in Copa America Centenario event which has started 3rd June, 2016. Peru is going play against Haiti in next 4th June, 2016 the 3rd match of the tournament. Their match will be staged at CenturyLink Field in United States. 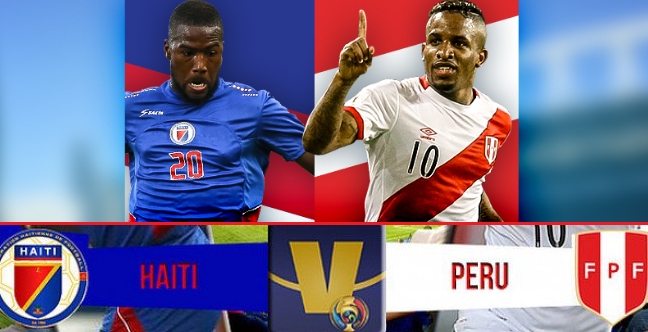 In this special event of Copa America, Haiti is one of the CONCACAF nation which has qualified for the main event of CA where Peru is two times winner of Copa America in 1939 and 1975 as a CONMEBOL. Peru and Haiti are placed in group B with Brazil and Ecuador. The winner of the match will have to defeat Brazil or Ecuador to qualify for next round. Both two teams wants to start their match in Copa America 2016 with victory. Let’s see their match details below.

They totally played against each other four times where Peru won two and Haiti did not won any match. Rest two matches were drawn. According to the statistics, team Peru is standing far better condition than Haiti where they are in 48th position in FIFA ranking and Haiti is in 74th position. Naturally previous statistics will give extra advantage to Peru and they have enough confidence to defeat Haiti.