Big teams fought each other and that’s why should consider a big match. Though no one played with the best XI of them. Ronaldo, Bale, Benzema & Rodriguez was out of squad for Galacticos side. Though Cavani available for PSG’s side but Angel Di Maria was out of squad. Real kept good defense and give chance in forward and midfield. Few skilled footballers played for them as well like Morata, Isco etc. But finally, the Parisians destroy the world most richest club of Madrid by 3 – 1 which is the first win of them against them. Belgian right back Thomas Meunier scored two excellent goal for the Parisians and ensure victory this renowned club of France.

French Ligue 1 champion Paris SG will play against Real Madrid on 28th July 2016 at Ohio Stadium. Real Madrid Spanish football club plays and is one of the most successful and popular club in the world. They have won record 32 La Liga title. They stacked some of the best footballers in the world including Cristiano Ronaldo, Pepe, Marcelo, Sergio Ramos, and James Rodriguez. Paris St Germain is french ligue 1 champion of 2015-16. Players like Thiago Silva and Angel Di Maria giving them hope for another International Champions Cup.

Match between: Real Madrid Vs PSG 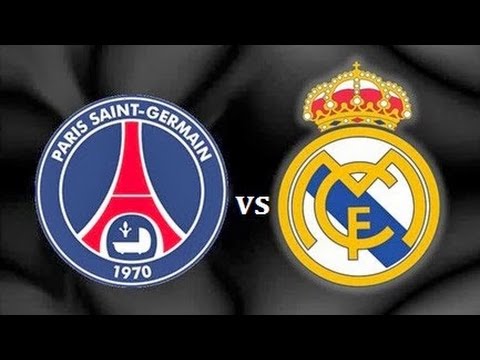 PSG worked hard in last 6-7 years and established themselves as consistent team of Champions League. But they failed to qualify semi final stage in last four years, last year they beating by Galacticos by 1 – 0 in quarter final of Champions league. After spending huge money in club transfer they are expected go all they way but it didn’t work. On the other hand RMFC failed LA LIGA but they won the champions league last years and should be top contender of the title again this year.

Galacticos are little worry about Karim Benzema injury, but Ronaldo and Bale both are great from that will reduce some pressure from the squad. Last year win against PSG giving confidence to Galacticos for this match. PSG also have some injury problem David Luiz will not available in this match for his knee problem but Marco Verratti is fit to play tonight alongside  Di Maria, Motta, Lucas and Cavani.

Broadcaster: Sony ESPN, Sky Sports 1, and beIN Sports HD will live broadcast this match for the football lover who wants to watch this match live

Head to Head: This two team played four match against each other where the Galaticos won three of them and one match remain draw.