Porto destroyed against Dutch Eredivisie champion PSV by 3 – 0. It should be a competitive match but this Netherlands club didn’t give any time to this leading Portuguese club. Totally three goals scored by Eindhoven. Outstanding goal by Davy Propper & Adam Maher. Another goal scored by Felipe Augusto de which was an own goal by Almeida Monteiro.

Dutch champion PSV recently played a game against Queens Park Rangers on 7th July, which result embarked as 0-1 score and now going to fight with the Portugues club FC Porto. Apart of this the rest match result among of last five they strongly won the competition. On May 1, PSV got a big win with 6 goal against Cambuur Leeuwarden which effected postive sign on the team image. The average score of the club on last five match 2.00. On the other side the Dragons obtained three of five victory and the other two was lost against FC Pacos Ferreira and CD Tondela respectively by 0-1 score. Among of them their immense win was 4-0 score with CD Nacional on 18th April. 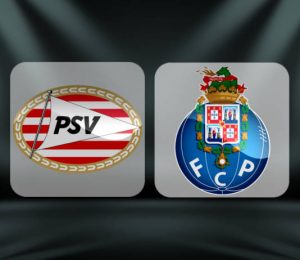 This Friendly Matches will be played on 21st July, Thursday. The GelreDome football stadium will be hosted the friendly event on his ground. The venue is located Arnhem, Netherlands, which consisted 25,000 capacity for holding live audience. The ground opened on 1998 and it is the home ground of PSV Eindhoven.

Possible line up of FC Porto:

Possible line up of PSV Eindhoven:

The both club had played total 4 matches in together in very early and FC Porto have won 2 matches and one result was tied. This is the first time they going to meet on friendly format. After 23 years later the both team going to face once again and it is expected that the reunion of the club will be rocked the pre-season very much.