Though it was El clasico but the excitement of this two teams was not much more like previous years. As FCB is close to win the La Liga title, may be they didn’t play hard and soul during this match. Though both team made more opportunity to score goal specially Barcelona but lots of attempts goes to off target and saved by the goalkeeper.

First goal of the match came from Pique’s head on 56 minute. After that goal FCRM started to attack more, Benzema made the score level by 1 – 1 in 62 minute. Cristaino Ronaldo was the match finisher whose 85 minute goal ensure the result of the match 2 – 1.

The Vikings are 10 point far from the Blaugrana right now after playing 30 matches. Only 8 matches left of Spanish Premier BBVA and the team of MSN is very close to win another title of this No. #1 national league tournament. Still the team of CR7 having opportunity but they need to win in every matches and FCB need poor performance to lose trophy. This match isn’t all about to run for the title but prestigious issue as well. This match is mentioned as the biggest match of Club football around the world and known as EL clasico. There is a lot of fight will be happen into this game between Messi Vs Ronaldo, Bale Vs Neymar, Rodriguez Vs Suarez, MSN Vs BBC, FCRM Vs FCB etc. People around the world is eagerly waiting to watch this game. 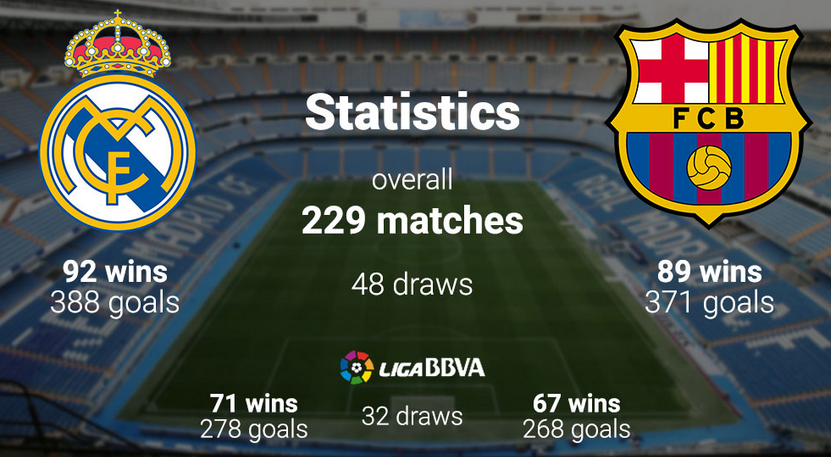 Match between: Real Madrid Vs Barcelona

To give the prediction of this match is really a tough job cause it would heart the fans of opposite team of favourite. Actually, both team have enough chance to win this match. We give priority to FC Barcelona cause of three goal machine of them when Real Madrid having one Ronaldo only. But it’s all about performance during 90 minute. The team who act better and proof skill will win the match. Head to head & last matches performance can’t motivate the result of the match but title winning capacity and goal scoring regularity keep ahead the Blaugrana for this upcoming biggest event of La Liga.