Gareth Bale’s pair and Marco Asensio’s goal helped Madrid to win over Sociedad by 3 – 0. Just into the opening of the match, Welsh forward shocked Sociedad fans by his goal on 1 minute. Before the break, Spanish youngster keep ahead the Galacticos by 2 – 0. Finally, Bale’s extra time goal, made him Player of the match and boost the ranking of his team in La Liga table.

Real Madrid and Real Sociedad are scheduled to play their inaugural match in upcoming new La Liga season 2016/17 in next 21st August, 2016 at Anoeta Stadium which will be the seventh match in this tournament. 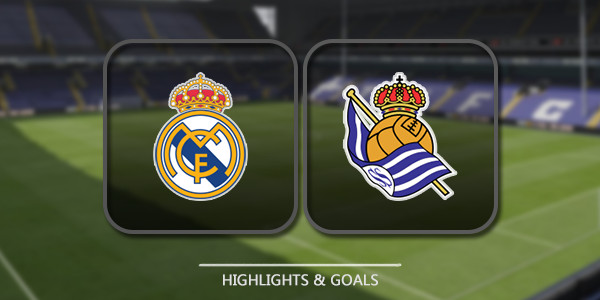 # Short Profile of Hosting Ground: The upcoming match between the Royals and Vikings will be hosted at Anoeta Stadium. Since the establishment of the field in 1993, it has been used as the home venue of the Royals.

# Head To Head Balance: Spanish top tier played against the Royals total 41 times before since their first competition was placed in 3rd December, 1994. Among those competition, Whites won total 23rd times and lost only seven. Last time they met in 30th April, 2016 where Whites won by 1 –  0. Real Sociedad won nine games so far where seven of them were home and rest two were away competitions.

# Key Players of Vikings: Real Madrid has many players which have possible ability to destroy the opponent in any time. Though, upcoming match will be a part of La Liga 2016/17 campaign, so, they would probably use their best eleven. Cristiano Ronaldo would probably lead their attacking side by any mean. Beside him, Alvaro Morata is their newest addition in this summer who would be used in upcoming competition. Frenchman Benzema is just the other contender of the attack. Gareth Bale and Luka Modric are the two another pillar of this team. Their current coach Zidane would probably use them if he has to.

# Ket Players of the Royals: Real Sociedad’s current squad is full of Spanish footballer where just three players are outside from the Spain. Xabi Prieto is their recent skipper and he along with their coach would select their best eleven very carefully because they are going to compete one of the two best team in La Liga as well as in the whole world. However, Mexican Carlos Vela, Brazilian Willian Jose would get chance to participate with the main squad.

# Prediction: No doubt, the disciples of Zinedine Zidane will destroy the opponent team very easily though the match will be placed at the opponent’s home field. So, the prediction is – Real Madrid 3 – 1 Real Sociedad.