Russia is going to host the upcoming FIFA World Cup 2018 and as the host team they will take part in the main event without facing any qualifier round. They are placed into group A along with three more teams named Saudi Arabia, Egypt and Uruguay. Excluding Egypt, all the opponents of them are very tough. From the group stage, top two teams will qualify for the knockout phase. However, team Russia will start the tournament by playing the inaugural match which will be against Saudi Arabia. 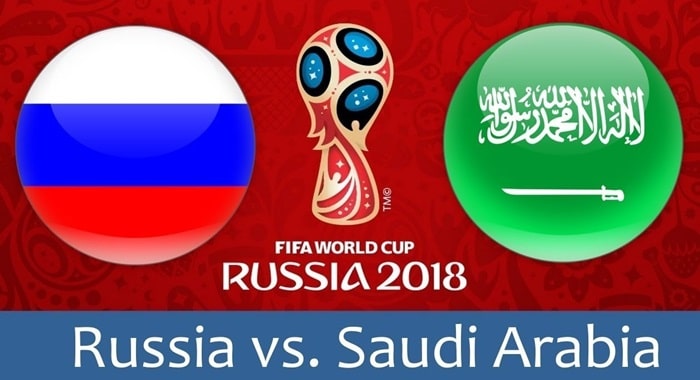 # Hosting Ground Details: The match between Russia and Saudi Arabia will take place at Luzhniki Stadium. The stadium is located in Khamovniki District, Moscow, Russia. The ground was founded in 31st July, 1956. The current seats capacity of the ground is 81,000. The field surface of the ground is grass. Along with the first match in FIFA WOrld Cup 2018, more matches in the tournament will be grounded in the same venue.

As stated by the above statistics, the teams Saudi Arabia and Russia total played against each other earlier once. The match was international friendly. They met first time in 6th October, 1993. In the match, Russia faced defeat by 4 – 2 goals against Saudi Arabia. Now, in the upcoming FIFA World Cup 2018, they will face each other once again.

# Recent Performance of Russia: Team Russia is also under the tight schedule. They are also playing the international friendly matches to prepare themselves for FIFA World Cup 2018. But their performance in the matches are so disappointing. If we consider the last five matches of team Russia, all of them were friendly competition and team Russia failed to manage a single victory out there. They faced defeat three times and drawn rest two matches.

# Recent Performance of Saudi Arabia: The recent performance of Saudi Arabia seems not so bad at all. They won their last two matches consecutively against Algeria and Greece. But earlier that, they faced defeat two matches against Iraq and Belgium. The match against Belgium was so important for them. Though, their last five matches were international friendlies and they took part that to prepare themselves for upcoming FIFA World Cup 2018. They have still three friendly matches to go before World Cup group stage.