After losing a match against Liverpool by 4 – 0, manager Luis Enrique and the hole team fell in deep trouble. Their Argentine star Lionel Messi didn’t score any goal into the last 3-4 friendly warm up matches as well which divert the expectation of Leo fans. Actually, after his frustration of losing Copa America, it was a great moment to understand the performance & strength of this Legend footballer. However, finally he came back into the form and scored pair goal by own and assist the goal as well which scored by Luis Suarez.

It was a Joan Gamper Trophy friendly match at Nou Camp which is the home ground of FCB. Definitely, their fans deserve a win from Barca. But their recent days performance made the supporters frustrated.

Important thing of this match is, Barcelona scored all three goals within half time of the game and were much more disciplined as well. It’s mention that their forward came back into the game but still they have huge lacking in defense as their defenders defeated 6 times in last 2 matches. Basically, Luis Enrique need to work in their defense right now. It’s need to mention that Brazil national team defender Dani Alves left Barca this season and joined in Juventus. It’s a matter to think that his absence is affecting the performance of Catalans or, not. 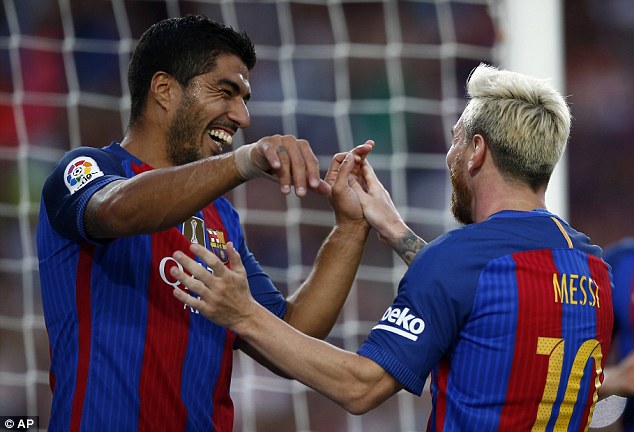 Messi was much more aggressive into the beginning of the game to score goal. In 16 minute, Andres Iniesta gave a long kick to Messi inside the D’box and he is simply guide Suarez to make a head and finally a successful finish by the Nou Camp stars. 2nd goal come in within next 5 minute which was a very clear finish by the Argentine forward. Colombian striker Luis Muriel helped Sampdoria to give back a goal on 23 minute which made the competition hard. Barcelona got a free kick chance from very close to the goal post which taken by Messi and it was an excellent free kick to defeat goalkeeper. It was the winning goal for Barca to back into the spotlight once again. It’s need to add that Sampdoria played good football into the 2nd half, though FCB got more chance to score. Croatian forward Ante Budimir scored last goal of the match on 77 minute which made the result 3 – 2.

Barca will play their next match against Sevilla in Spanish Super Cup final. As Sevilla is inform, it will be a tough job to stop them right now. However, the winning against Sampdoria made the Catalans more confident to do something special into the next games.