Bayern Munich and Schalke 04 are both heading towards their second match of ongoing Bundesliga 2016/17 which will be staged in next 9th September, 2016. 54th edition of Bundesliga has started in 26th August, 2016 where most of the club has already played their first match in this tournament. 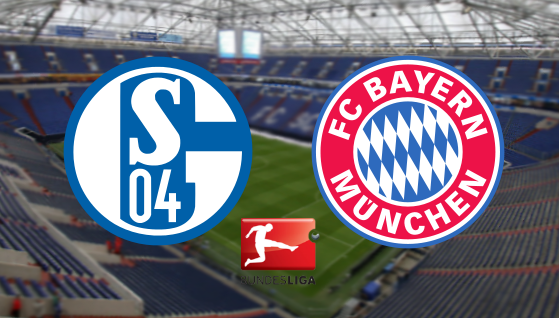 # Ground Details: The upcoming match between the Bavarians and the Miners will be hosted at the Veltins Arena which has 62,271 capacity for the league competition and 54,740 for the international match. Besides, the ground has exclusive 90 suites for the specials. It was founded in 2001 and since then used by the Schalke as their home ground.

# Head To Head Balance: The German top tier played with the Schalke o4 total 98b times and among them they won 52 times, lost 19 and drawn 27 times so far. They first played against each other in 23rd October, 2016 and the match was drawn by 1 – 1. In 16th April, 2016, they made their last head to head fight where the Bavarians won by 3 – 0. If we consider their last five head to head statistics, Bayern won thrice and lost none but to draw twice.

# Last Five Matches of the Bavarians: According to the last five matches result of the FCB, they won all but to lose one against Real Madrid by 1 – 0 goal which was a part of International Champions Cup 2016 competition.

# Last Five Matches of the Royal Blues: On the other hand, the last match of the Royal Blues against Twente was cancelled which was about to place in 1st September, 2016. Among their rest four matches, they won thrice and lost one against Eintracht Frankfurt.

So, considering above all discussion it seems that the both clubs have possible strength to win but analyzing their successive percentage, the FCB is far better condition than the Miners. They are the current champion of Bundesliga and also the most successful German team. So, they have more chance to win their next match.