Spanish La Liga champion Barcelona is scheduled to play a friendly match against their league mate Sevilla in next 14th August, 2016. The both teams will compete in upcoming La Liga 2016/17 season and before the season start, they will have to play two matches against each other. Upcoming match will be their first meeting where 2nd match will be placed at 17th August, 2016. 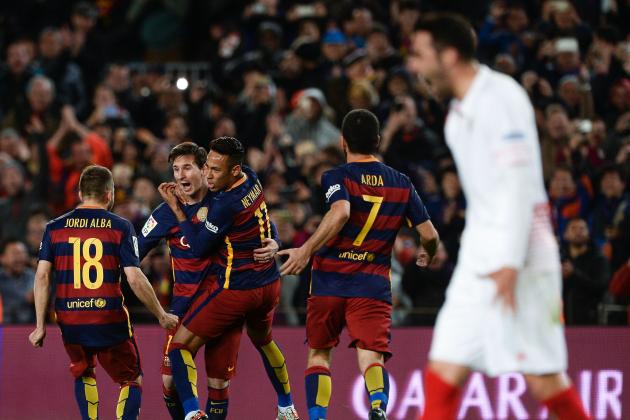 # Short Profile of Hosting Ground: The upcoming match between barcelona and Sevilla will be staged at Ramon Sanchez Pizjuan Stadium. It is situated in Seville, Andalusia, Spain and also the home ground of team Sevilla since 1958. This arena was hosted two FIFA World Cup 1982 matches also.

# Key Players of Barca: Team Barcelona has many talented players which is led by Spanish playmaker Iniesta. They have world famous three striker in team which are simply called MSN which is the short form of Messi, Neymar and Suarez. Though, Neymar is not in current squad due to participate in Rio Olympic with Brazil national team. But rest two players will play in next match along with Munir. Though, they have lost a recent friendly match against Liverpool by 4 – 0  goals but in last match they have defeated Sampdoria by 3 – 2 goals where Messi netted twice and Suarez once. It is the good comeback for Messi where he was so disappointed.

# Key Players of Sevilla: Team Sevilla won the La Liga title once and became four times runner up. The team is led by Spanish Vicente Iborra. They basically did not depend on one player but to team performance. But also we need to mention Argentina Gabriel Mercado, Italian Franco Vazquez and Luciano Vietto. They are all performing player.

# Prediction: Obviously the possibility goes to Barcelona because they are the current champion and performing well. They would perhaps destroy Sevilla and win the match. So, the prediction is – Barcelona 3 – 1 Sevilla.