The old lady was favourite in front of this Chinese club. But SCAA performance surprised this Italian club by skilled performance of them. Chan Siu Kwan’s excellent shots on target made the score SCAA 1 – 0 JUV in 21 minute. Morocco national team and Juve in load footballer Medhi Benatia did the score level within after 5 minute. Match would goes to penalty shoot out but the SCAA goalkeepers mistake give chance to Lorenzo Rosseti to score another goal for the Zebres and finish another match by victory for Juve. Though South China lost the match but their skill made hope to Chinese fans. Good news for the fans is, this club investing lot of money to hire footballer from around the world. They kept eyes on renowned players to buy in and play for their team.

South China ready to play with European giants Juventus 30th July 2016 in a pre-season friendly match. Hong Kong coach Jose Ricardo Rambo think that match with Juventus can help SOC to prove them self and incise self-believe before a new season. South China finished at 3rd place last season of Hong Kong Premier League. “We have a good prepare for match against the Zebres. We believe we can give them fight,’” Rambo plan 4-4-2 formation for game against the zebres, some of the best footballers of recent time will give our players a real challenge and we ready for accept it.

Match between: South China Vs Juventus 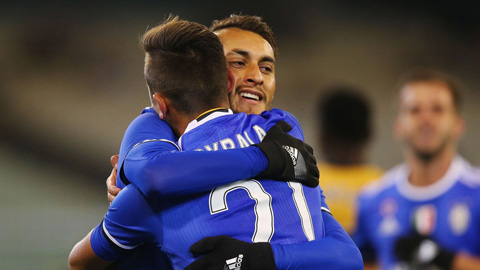 After playing three or four friendlies against strong teams will help to get ready for the upcoming season Rambo was the assistant coach of the club before taking responsibility of head coach knows that it will be a hard job “It is a big match for us as they are in good from now and we going to playing with Serie A champions and one of the strongest club in Italy at the moment. I am happy to have tag of favorites to the on the match and the fact is we are the champions said Massimiliano Allegri Juventus boss. on the other hand Rambo the SOC coach said we also believe  they are the favorites and it will help us to work hard and more motivation because we are playing against a quality team. Juve will not underestimate their opponents they take the match seriously and this first time two team playing each other so it will be memorable match for them.

Prediction: Juve should easily win this match and possible score would be 0 – 3.