Before the match Sports Maza released a prediction where it was 3 – 1 cause of own host game at Benfica. But they broke the prediction and destroy Sporting Braga by 5 – 1. Greek striker Konstantinos Mitroglou of the Eagles started to make goal on 17 minute who scored paired goal in this match as well. Second goal for SLB done by Jonas by penalty shoot on 37′. Pizzi made the score 3 – 0 before the half time. 71′ & 75′ goal by Mitroglou & Samaris made the score 5 – 0. Only goal of Sporting Braga scored by Pedro Santos on 90′ + 3 from penalty shootout.

Enjoy Replay Video of 2 April, 2016 match of Benfica Vs Sporting Braga including all goals …

Defending champion Sporting Lisboa e Benfica is also looking for another title, they started the season by winning two straight match. They are the back to back champion of the tournament as well. Estadio da Luz is the home ground of  Benfica and they going to host Benfica vs Braga football match on 2 April 2016 in this ground, Benfica obviously get some advantage from home support. On the other hand, this is away match of Braga but that’s won’t be a matter where it will be held on if they play quality football. Braga started this season very smoothly winning percentage is pretty much good and they achieve 4th place in last season of the tournament. Football is game of uncertainty so anything can happen on this particular day but Benfica is favorite on this match and they wants to gift the victory to their home crowd. 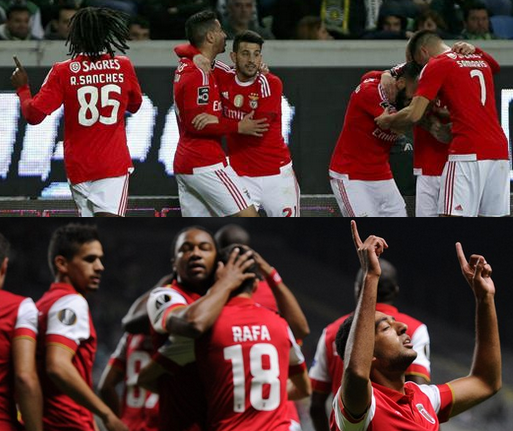 Right now the Eagles is close to win Premira liga title but just another club Sporting Lisbon is just 2 point far from this Portuguese team. This is 28th match of the tournament and must need a win for the both to boost current ranking of them. Our editorial prediction of this event favoure S.L. Benfica FC cause of their good performance during this season.