Another win by the team of Pep Guardiola and their star Sergio Aguero didn’t miss penalty again and scored pair goal for his team. Rest of the two goal scored by Nolito and ensure big win for the Citizens once again. Though the Stoke city got a goal but it was from penalty shootout.

Manchester City is one of the most popular English club which has started their journey in 2016/17 EPL season by standing in 4th position. They already played their inaugural match in this ongoing tournament against Sunderland where they destroyed them by scoring 2 – 1 goals. Now, they are looking forward to their next match against Stoke City. The Potters has also played their first match against Middlesbrough where the game was drawn by 1 – 1 goal. Now, they are both heading to their 2nd match in this tournament. 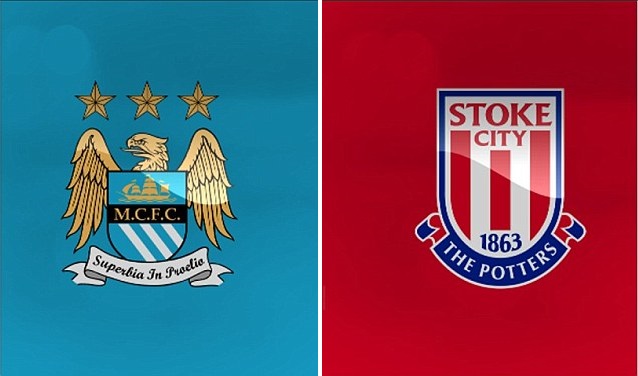 # Field Details: The competition will have taken place at the home field of the Potters named Bet365 Stadium. It had called Britannia Stadium once. The field is located in Stanley Matthews Way, Stoke on Trent, England. The arena has 27,902 seats capacity with Desso GrassMaster surface. It was first opened in 30th August, 1997. £14.7 million had spent to build this ground. Since the beginning, it became the home ground of Stoke City.

# Head To Head Statistics: Though, the both clubs are English, so they played many times before. Totally 88 matches were played between them where City won 36 matches and the Potters won 29 of them. They drawn 23 match. Their last match was staged in 23rd April, 2016 in EPL 2015/16 where Manchester City defeated them by 4 – 0 goals.

According to their playing formation and head to head statistics, it seems that they are both same ranked teams. Manchester City is one step ahead of them because the Citizens claimed the title of EPL twice in 2011/12 and 2013/14 but Stoke City did not win it yet. Others conditions are almost same. However, we consider the Sky Blues are the favourite between them and would be the possible winner though the match will be staged at the opponent’s home ground.