Good luck for the city, as they won by 2 – 1 where two goals achieved by the team of Pep Guardiola from Penalty chance and own goal. Actually, the win deserve by Sunderland, as they scored a goal and mistake happen in 4 minute by the defender and own goal. Though English football Jermain Defoe guide them to made the score level on 71 minute but own goal by Irish defender Paddy McNair changed the match result and helped the Citizens to win the match.

Two times Premier League winner Manchester City is going to start 2016/17 EPL season by playing against Sunderland in next 13th August, 2016. The match will be taken place at the home arena of the Citizens named Etihad Stadium. 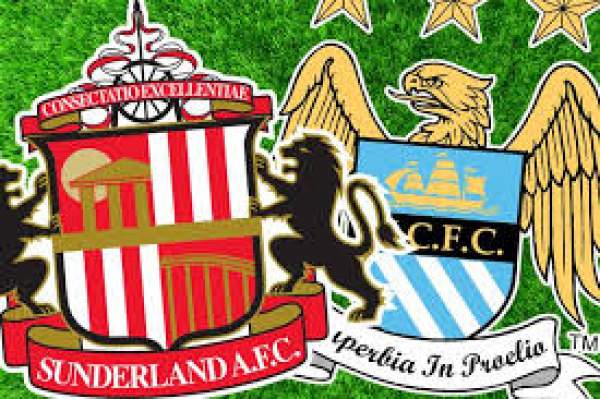 # H2H Statistics: The Citizens have played against Sunderland many times before. They fought total 125 times where City won 62 of them and the Black Cats won 43 matches. 20 matches were drawn. Last time, they played in 3rd February, 2016 where Manchester City won by scoring 1 – 0 goal.

# Possible Best XI of the Citizens:

# Last Five Matches Statistics of City: Out of the last five matches of City, they won only one match against German side Borussia Dortmund by penalty shoot. Lost twice times where one match was drawn against Swansea City.

# Last Five Matches Statistics of the Black Cats: On the other side, the Black Cats won three times and lost none out of their last five matches. They drawn just two.

# Prediction: By analysing the above listed statistics of both clubs, it seems that the recent performance of Manchester City is not so impressive and failed to prove their name. And Sunderland are seems very desperate this summer. But although the Citizens are the favourite between them. So, the prediction is – Manchester City 2 – 1 Sunderland.