The host nation France who have already qualified in the knockout stage is playing for one more victory against Switzerland as the Group A winner. France becomes the tough contestant in Euro 2016. They have beaten Albania and Romania in a row. Their present stats on the competition is 2 win out of two which refers them 2 clean sheets.

On the other hand having 4 points Switzerland became the top two finisher of group A. Out of three they got win over Albania and draw against Romania. Their win over french team take them the group topper and entry for the knockout stage. 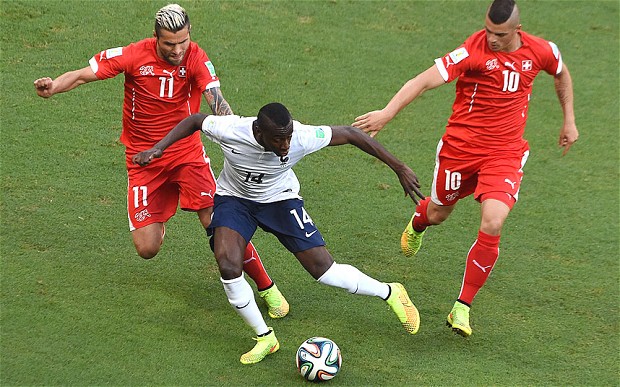 France became the unbeaten team in their last four meetings, where they won three times and drawn once in the World Cup 2006.

The group round has been confirmed on 19th June at Stade Pierre-Mauroy stadium. It is one of the newborn group which is used for multi type games. It considers over 50,000 audience capacity. The match will be started at 20.00 (BST) time.

Teams lineup: It is expected to reset Paul Pogba and Antoine Griezmann once again. There are several changes have to seem on Frans XI as well as N’Golo Kante and Olivier Giroud who got the yellow card on their past days will be included on side.

On the other side, Switzerland consider no more changing and no injury requires in the upcoming match. According to report Valon Behrami will not take part in the event for his fitness race.

Head to head record: The both team had played 37 games in history where France is leading with 16 and Switzerland won 12 and the rest 9 was tied match. If we analyze  the last seven match of the team has played, It will be clear to notified who became the best. Switzerland got one win over the last seven consecutive matches, while France grabbed three and the other three were drawn.

Prediction: To predict for once favor is too difficult for any one but according to the last record France seemed more luminous team of the competition. The last World Cup score was 5-2 of the team France-Switzerland and 2004 Euro result conferred as 3-1. To analyze past record our predict goes to France favor with 3-1 score so far.

Prediction with percentage: If we predict by the percentage, then France have the chance to win 70% and Switzerland 25%. There are 5% little bit chance to be drawn the match.