Surely Hotspur was the favourite in front of the blue lions if we observe the recent performance and EPL standing table. The team of Harry Kane also scored both goal with half time where the top scorer Kane scored the first goal and 2nd one done by Korean footballer Son Heung-min. It seems, TOT going to get another win but after the half time Cahill & Eden Hazard give back both goal and ensure draw for Chelsea.

EPL (English Premier League) is the most watching football league competition in the world which is contested by twenty domestic club in Europe. Chelsea becomes the defending champion of the premier league who going to meet Tottenham Hotspur on Monday at Stamford Bridge. The both team had played 144 matches in before where the 62 matches are grabbed in Chelsea’s favor and the tottenham won of 47. The rest 37 match result was drawn. 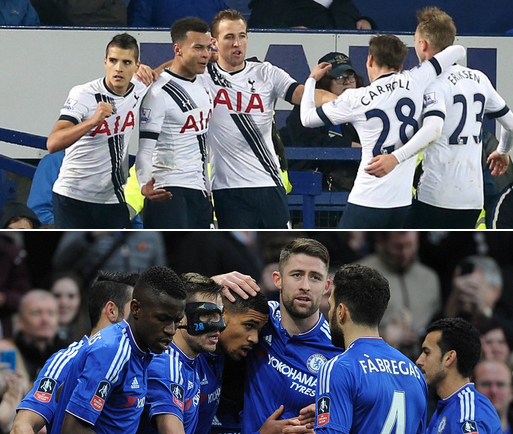 Chelsea Football Club is prescribed as a professional football club which conveys Fulham, London. The club established in 1905 and got their first major success in 1955. The blues are the only club of London who win the all three major championship like UEFA Champions League,  British club and one of four club competition. At present The Pensioners exists on the 9th position with 47 points. They had played overall  34 matches in premier league tournament and able to win 12 where 11 are lost and rest 11 are tied. This going to the 35th match of the competition against Tottenham Hotspur. However, The Tottenham standing on the second position with 69 points just behind of 7 point from Leicester City. Tottenham Hotspur Football Club simply known as Spurs. In their last 35 matches they successively won 19 and drawn 12. They lost only 4 matches in the premier league. The last five row they had not lost any matches in the premier league. So, the Tottenham are so desperate to overcome the game and grab the title of 15-16 season. So fans get ready for the most happening math and keep eyeing in our site to get more update.