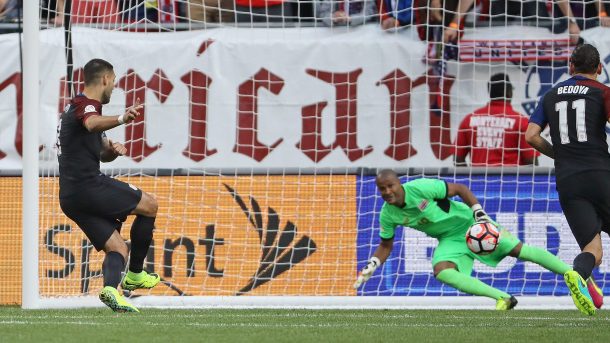 It should be call a great surprise by United States Men’s team for their fans. Simply ‘U’ turn the team of Micheal Bradley by destroyed Costa Rica by 4 – 0. Client Dempsey’s 9 minute penalty shootout was the most important part for USMNT to keep ahead into the game. Rest of 3 goals scored by Jermaine Jones, Bobby Wood & Graham Zusi.

A special event of Copa America which is 45th edition of CA has already started from 3rd June, 2016 where total sixteen teams from south, north and central America have participated. They are divided into four groups where four teams are placed in each group. Each team will have to play three matches in group stages where highest to point holders will qualify for next knockout phase. Host nation United States are placed in group A where they have played their inaugural match against Colombia and lost the match by 2 – 0 goals. They are now scheduled to play their next match against the tricolor in next 7th June, 2016 at Soldier Field, Chicago, United States. On the other hand, the team of Bryan Ruiz drawn their first match in Copa America 2016 against Paraguay by 0 – 0 goals. So, both two teams are desperate to win their next match to qualify for next round.

This two nation faced each other almost 32 times. Among them Costa Rica won 14 times where United States won 13 times. Rest 5 matches were drawn. So, hopefully their next match will be contesting and challenging.