Host nation and favourite of from Group A, United States Men’s team lost against Colombia into the first match by 2 – 0 where Cristian Zapata & James Rodriguez scored goal for their team.

One time Copa America title winner Colombia will compete against United Stats Men’s Soccer National team in upcoming centennial event of Copa America which will be hosted in USA this time. Colombia is one of the strong contender of the title which will compete in this largest south American event as a CONMEBOL. They will play their inaugural match against the host nation United States which will also the 1st match of this tournament also in next 3rd June, 2016 at Levi’s Stadium. Both two teams are placed in group A along with other two teams named Paraguay and Costa Rica. Let’s take a look below where their upcoming match details is given below. 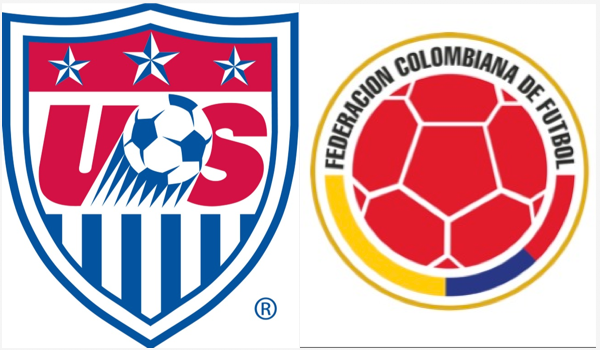 According to their previous statistics, they totally played against each other seventeen times where Colombia won eleven time and United States won only three times. Rest three matches were drawn. But there upcoming match will be challenging because it will be placed in United States and so team USA will get supports by their fans which gives them extra confidence to defeat Colombia. But team Colombia has some talented players who are currently playing in different renowned club. Like their captain James Rodriguez is in form now and Carlos Bacca is famous striker. So, hopefully their match as well as the first match of Copa America Centenario will be exciting and challenging.

Here we provide the possible best eleven of both teams below.