Arsenal is one of the Big Four clubs in EPL where they finished the last Premier League season with 2nd position unfortunately. They also won the league title thrice times and now is scheduled to place their 3rd match in running EPL 2016/17 season against Watford in next 27th August, 2016. Though, both teams can not start the season with win but to lost one and drawn one. So, they are desperate to win their next match to keep continue their hope. 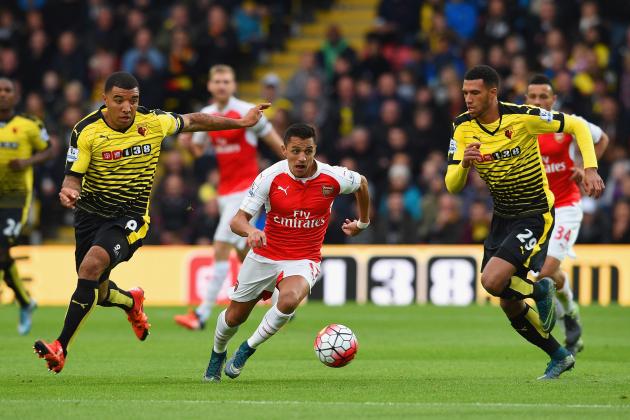 # Hosting Ground Details: The upcoming match between the Gunners and the Hornets will be staged at Vicarage Road stadium which is located at Watford. It was established in 1922 and since then it became the home ground of Watford FC.

# Head To Head Comparison: Since the beginning, this two clubs only played against each other 19 times where the both clubs won nine times each. One match was drawn. They first met in 27th November, 1982 where the Hornets won by 4 – 2 goals and last time in 2nd April, 2016 where Arsenal won by 4 – 0 goals. Upcoming match will be their 20th head to head competition.

# Line Up of Arsenal (Possible):

# Line Up of Watford (Possible):

# Prediction: If we consider their above statistics, Watford has shown very poor performances in last few matches though they are currently standing in 13th position but Arsenal is the current runner up. No doubt, the Gunners will win their next match.