Standing in 13th position on Bundesliga point table after completing 2015/16 season successfully, SV Werder Bremen which is also known as Bremen is passing their pre season schedule. As before the next Bundesliga season start, they will play a number of friendly matches. They already played four and fifth number match has been cancelled due to some problem. Now, they are looking forward to next match where they are scheduled to play against English side Chelsea in next 7th August, 2016. Here we provide their next match details below. 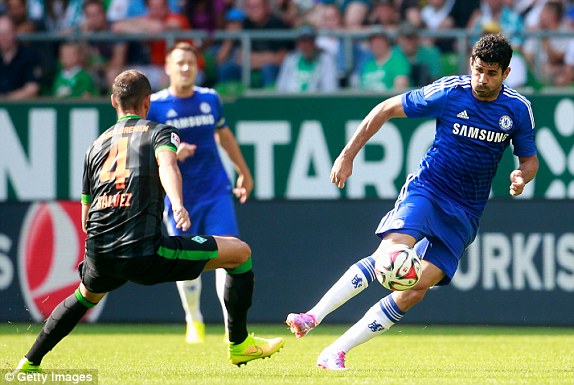 # Head To Head Comparison: The Blues have fought against Bremen three times before where they 1st met in 12th September, 2006, 2nd met in 22nd November, 2006 and last time in 3rd August, 2014. Let’s see their statistics below.

# Possible Line Up of the Blues:

# Possible Line Up of Bremen:

According to their last five matches, the Blues won twice, lost twice and rest match was drawn.

Considering their above stated result, they played four club friendly matches after finishing their Bundesliga season where they failed to win any match but to draw two. They lost also twice times.

# Prediction: As showing poor performance in last few matches of Bremen, the English giant would take the chance to destroy them where as they Chelsea have possess some fearsome players in their current squad. A matter is needed to remember that upcoming match will be placed at the home arena of German side. So, they might get some facilities to play at known ground. However, the Pensioners would win the match. So, the prediction is – Chelsea 2 – 0 Werder Bremen.