Though it was big match as the Ligue 1 champion played against a English club. As this match hosted by France, audiences were not crazy at all about this match. Stadium don’t have any seat as well. Only few audiences watch the game stand by. However, lot of audiences enjoyed this match through channel and media.

Within very short period of time Brazilian defender David Luiz susprised by own goal on 15 minutes. Though WBA keep ahead before before half time. But Rabiot  and Lucas Moura’s goal saved french No. #1 club.

Paris Saint Germain or simply PSG is one of the top contender of French professional football club and currently standing in top position in Ligue 1 point table. Ligue 1 is the French top football league where Paris SG is the running four season champion. They are the most successful football club in French football. The Parisians finished the last season with top position and now they are going to prepare for upcoming Ligue 1 season which will start in next 6th August, 2016 against Lyon. But before that, they are already scheduled to play four pre season friendly match where they can rearrange their attacking system. Among those four match, the first match will be placed between Paris SG Vs West Bromwich Albion where West Brom is the English club and finished last Premier league season with 14th position. 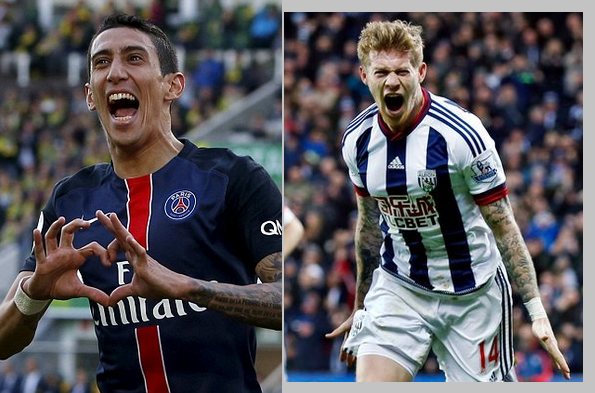 Their upcoming match will be placed in next 13th July, 2016 at the stadium of Parc des Princes which is situated in Paris, France. It is the home ground of PSG since 1974 with 48,583 seats capacity. So, PSG will get extra advantage as playing their known ground.

According to the last five matches statistics of Paris SG, they won four of them and drawn one against Bordeaux by scoring 1 – 1. Their regular Swedish striker Zlatan Ibrahimovic selected the highest scorer by scoring 38 goals in last season with 13 assists, though he is not their squad now where he has moved to the English club Manchester United after the 2015/16 season end. Another player Edinson Cavani has scored 19 goals so far. He will play next season along with Argentine playmaker Angel Di Maria who has the most assists in last season with 18. This team is led by Brazilian defender Thiago Silva.

Scottish midfielder Darren Fletcher is the current captain of West Brom. Their statistics is not good where they lost two and drawn three matches in their last five matches where gained no win. Last season in Premier league, they totally played 38 matches where they won only ten of them, rest 13 matches were drawn and 15 matches lost.

So, according to their last statistics, Paris Saint Germain has maximum chance to destroy West Brom. So, the prediction is – Paris St Germain 2 – 0 West Bromwich Albion.