Another win by the reds once again against Wigan Athletic. Though these are friendly match and won’t affect point table position but it’s a good sign for them. Great started by the team of Kloop. First half was goal zero in both side. But Ings & Woodburn’s 71′ & 74′ goal confirm the win for them.

One of the Big Four clubs of English Premier League (EPL), Liverpool is scheduled to play a friendly match against Wigan Athletics where the Latics it the current title holder of League One football. League One is the 2nd highest football league competition in England. 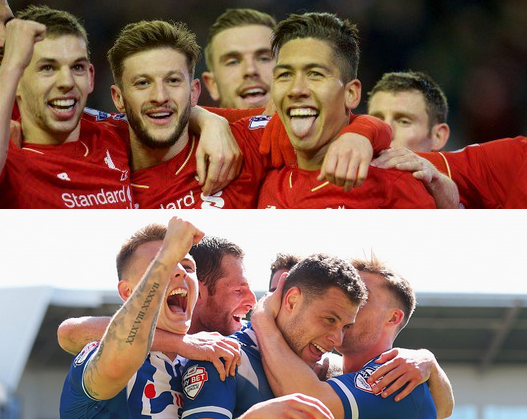 # Preview: The upcoming match will be take place in next Sunday in 17th July, 2016 where the BST time will be 16:00. The match will be staged at the home ground of the Latics named DW Stadium which is located in Loire Drive, Robin Park, Wigan. This field has 25,138 seats capacity which was first opened in 7th August, 1999. Since then, it has become the home arena of the Tics.

As stated statistics, Liver played against Wigan last time in 2nd March, 2013 where Liverpool almost destroyed them by scoring 4 – 0 goals. All total 18 matches were played between them where the Reds won 11 times.

# Players Line Up of Liverpool (Possible):

# Last Season Statistics of Liverpool in EPL: In last season of Premier League 2015/16, the Reds have played totally 38 matches where they won 16 of them and lost ten matches so far. Rest 16 matches were drawn. So, they finished the season by standing 8th in position.

After finishing the EPL 2015/16 season, they already played two club friendly matches where they won both two matches. Last match they won against Fleetwood Town by 5 – 0 goals where Brazilian Roberto Firmino have got a couple of goals.

# Last Season Statistics of Wigan in League One: The Latics has completed the League One season by standing in top position where they played totally 46 matches and won 24 of them. They drawn 15 matches and lost seven.

The have drawn their last matches against Sporting Braga where both teams were failed to score any goal. That match was their 1st club friendly in this pre season.

# Prediction: According to the above head to head as well as all time statistics, the Reds are far better condition than the Latics. But, as per the schedule, their upcoming match will be placed at the home ground of the Tics. So, they would be dangerous opponent. But, the match still favours the Reds. So, the prediction is – Liverpool 2 – 0 Wigan Athletics.