Huddersfield Football Club conveyed midlands of England in the competition of the most biggest English Premier League club based. This season they going to participate in the tournament for the second time. Last season they got the chance to win against Wembley by playing playoffs. They are new competitor of the Premier just play once in before. 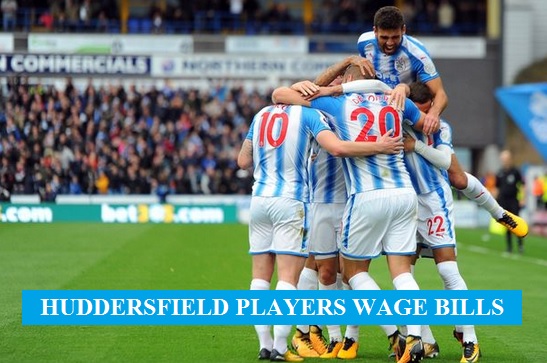 As the new contestant the price of Huddersfield Town about £11.9 million. The company recently announced the latest accounts. They have cost including players salaries, bonuses and the staff salaries. They have also spent for the ground and the kits.

The overall profit of the club estimated of £184.9 million. However, the price of the side increase by  £4.5million which made the figure from £11.3 million to £15.8 million. Like the other club their principal source of the revenue is broadcasting rights. This season they also going to earn a huge amount of money from media rights.

This season going to increased their club cost about 73%. Last season their cost was 70% of their total earnings. The cost included players salaries, club expenses, players bonuses.

In the year 2017, the club made some interest deal. As they were new promoted club so they wanted to established themselves first. Their first biggest signing was Steve Mounie for £11 million from Montpellier. It being the record signing of the club. At present he pays £35,000 per week. His deal will completed in the year 2021.

The another big signing was Aaron Mooy who comes from Manchester City for a transfer clause £7.75million. The midfielder paid £50,000 in weekly. This is high range of salary in HUD history. With the same transfer fee they appointed one more player Tom Ince from Derby County, whose current weekly salary £30,000.

The one more expensive roster of the side is Laurent Depoitre. He has paid per week £35,000. The annual salary of the Belgian forward is about £1,820,000.

The Denmark defender Mathias Jorgensen’s weekly wages is £33,000. His contract will alive till the year 2020. From the Danish guy Daniel Williams paid less £30,00.

The minimum weekly wages is about £500 which is paid to Ryan Schofield and Regan Booty. They both are English player. The first one is goalkeeper and the other is midfielder so far.

The Danish defender Tareiq Holmes-Dennis is paid £30,00 per week which is the second most lowest wages of the club. Here we listed all HUD players salaries in the upcoming season.

As we can see the table, the wages is lowest order they paid their salaries. It’s a common matter for a new made club so far. Excepting the first one the other players salary not so stander level. But the club authority trying to gear up the wages in future.

This season they also target to soup some biggest roster in their side. They have already signed some roster and planning to hire rest other in the future.

Juninho Bacuna have Signed a 3 year contract deal for a transfer fee $2.2 million. He was played for by FC Groningen but this season jumped to Huddersfield Town.

One of the new signing of the year is Ramadan Sobhi who have completed a 3 year contract deal with the side. From Stoke City to Huddersfield journey he made for a $5.7 million fee. His contract will be expired in 2021.

Terence Kongolo, the Switzerland defender made a 4 year contract deal with HUD. He played for and jumped into Huddersfield Town for a transfer clause of$17.5 million fee.

Ben Hamer joined the club as the new roster by signing as three year deal till 2021. Another Signed a 3 year contract with Huddersfield Town (HUD).

Where Joe Lolley penned a four and half year contract, there Alex Pritchard completed a four year deal for £20.125 million. The deal is record signing.

Nahki Wells were played for Burnley F.C. but this season they joined the HUD club. The signing fee £3.9 million. It is also a lucrative deal for the both parties.

Robert Green the goalkeeper penned a one year contract with the club this summer. The deal completed for £780,000. Another side Abdelhamid Sabiri joined the side by signing a three year deal of £2.808 million.

Michael Hefele deal has furnished with £1.56 million for next two years. That means he will inside the club till 2019. Christopher Schindler contract will ober in the 2020 as he opened a three years deal for £3.9 million.

Along with Christopher, Rajiv van La Parra also extended his old contract. He signed a new three year deal with the club which will include him till 2020. The present salary of the roster is about £18,000 per week.

Actually the side desperate to established the side as much as possible. So they try their best to soup the best players in the side.