By giving a eye-catchy Slogan “Lets football”, Indian football federation started to arrange biggest club football tournament of Asia in the year 2013. To make a revolution and fixing goal to participate in FIFA world cup is the mission of ISL. As India is a nation of 100 crore people which amount of man power is enough to make a tournament popular. It’s need to mention that cause of more people’s involvement, this tournament mentioned as the 5th popular club football tournament around the world. Though it’s sound little bit surprising issue but it’s all about popularity but not about quality. Good sign of this League is, every kind of super stars of India including cricketers, Bollywood actor & actress, Singers, Writers, Journalists providing role in media to focus of ISL. 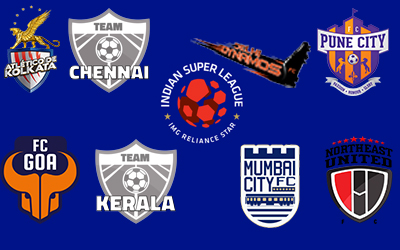 This is the cable TV channels list and guys you can enjoy whole tournament of ISL. The management board of ISL also takes different activation to telecasting this tournament.

Indian No. #1 Sports network Star Sports is the official media partner of this league. Besides Star sports 2, Hot star app, Star Gold, Jolsha Movies (Bengali commentary) telecast this tournament. Actually, Media support is a big fact to popularize a event around the world which Indian organizer always successfully done for their every occasions. Indian Super League TV coverage providing by leading sports networks as well to cover the hole world and it’s a positive issue for the league surely.

ISL is one of the biggest football tournament and after ending first session this tournament is starting it’s next session. This year this big tournaments session would be held on October – November, 2016. This league creating new younger players and giving them many opportunity to prepare them for International tournaments. They are also hiring many star player which is inspiring to the new players as well.