International Champions Cup (ICC) is returned in North America as well as Europe this Summer along with top ranking soccer team in the world. The tournament schedule confirmed from 22nd July to 13th August. A huge panel of media partner holding the rights to cover the live matches in world-wide.

Channel Fox (English) along with ESPN Deportes (Spanish) will cover the matches live in United State, while BSkyB will broadcast the tournament in United Kingdom. 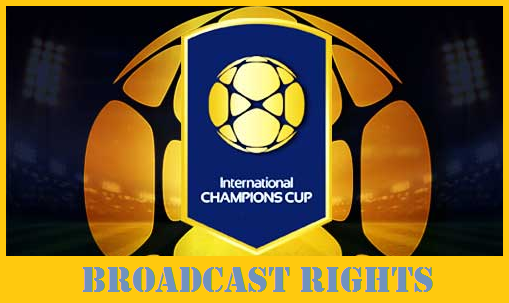 The England subscriber can enjoy the full event on Sky sports which admired to show of the seventeen (17) exclusive live matches on their channel July to August. The Broadcasting TV network list has given here by country panel.

The organizers of Champions Cup have made broadcast deal in Spain. First it was decided that Channel+ along with TV3 will cover only the North American matches in their channel. But in later, it was anew that the China and Australian matches is also shown by the respective media.

The footy fans can enjoy the tournament in England as well as Germany, France, Spain and Italy from July to August. beIN sports also holding the media rights in France. The North African and Middle East fans can enjoy the live coverage at beIN sports too while the Sub Saharan Africa subscriber can watch free live match at Star time network.

If you are an Indian, watch the live match on Star India and the Asian subscribe (Pakistan, Sri Lanka, Bangladesh) can enjoy the full tournament at Star Sports network.

International Champion Cup is one of the most popular and most aged football tournament in the world and the media partner list is also so long of the event and if your country is not included in the panel, you can enjoy the full event in online.

However, there have seen a little bit change of the media rights list of Champions Cup 2016 edition. The ICC governing body member Stillitano has composed the best line for the media coverage to show off the event and he also make sure that the Copa America Centenario Cup could not effect of covering Champions Cup by any means.