World Cup B Group match between Iran v Spain going to place on 20th June, Wednesday. The game will be played at local time 19:00. Spanish players are presently exist in very good position. They won the South Africa World Cup in 2010. However, they were not good in Brazil WC in last season. Though their last appearance was not so good, they very aggressive this time.  On the other side Iran who comes from Asia, is presently leading the Asian teams in FIFA ranking. will be hoping to cause a major upset by winning this game and if they did so, it would be the biggest result in their history. If we looked back to the last five World Cup Iran participated in three tournament. But it is their bad luck that they could not passed the group round so far. Whatever the history this season they are very confident to play in the WC competition. The match between Iran and Spain will be hosted in Kazan Arena, Russia. ITV along with many other TV network cover the game in world wide. Here the more detail, if you need. 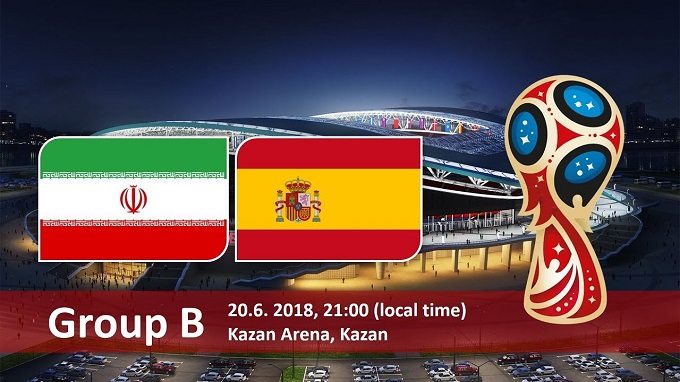 Spain next match will be played on 25th June against Morocco

Iran will face Portugal on 25th June against Portugal

The both side not played before and going to meet for the first time in World Cup tournament.

Spain favorite of the World Cup championship and obviously they are favorite to the game. It is expected that they will win with a big distance against Iran. If we look toward in Spanish squad they having the best and best footballers in their side. And they all are playing for biggest football club. And their goalkeeper David De Gea one of the best goalkeeper in the world. In the group stage they have to fight against Portugal and Morocco also. The both side is very tough fighter but Spain have the ability to defeat them. They already played with Portugal and after Iran it’s time for Morocco.

If we talk about Iran, they have no chance to win the game but that not the indicate that they are bad team. They are played good in the qualifying round. They will try to give their hundred percent to exist in the game contest.