Liga de Futbol Profesional which simply known as the Spanish La Liga going to be produced the 86th edition from 21 August 2016 and the competition will be ended on 4th June in the following year. Every year numbers of media coverage shows their interest to hold the media rights of the most watching football tournament. 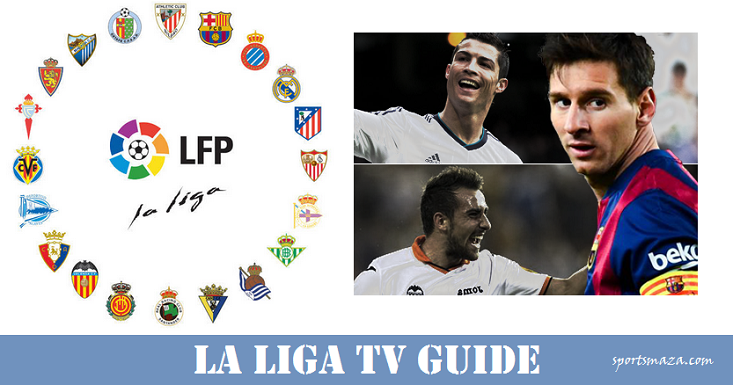 The La Liga administration has proclaimed the three year new deal contract from 2016-17 edition to 2018-19 edition. The deal is confirmed for the domestic channel worth of €2.65 billion which is a notable increasing deal in domestic rights. There are many sports network will cover the live match in world wide. Here we presenting the TV channel list in below.

As well as Sky Sports will cover the live matches in England where Movistar and Mediapro will hold the rights in Spain Telefonica. Movistar and Mediapro will share La Liga’s domestic TV rights in Spain. They are contracted to broadcast 8 matches per week for next three season where they will pay €633 million. Movistar will cost around of€250 million every year for next three season to cover one game in a week. There are also €500 to €600 million are expected from the foreign channel to broadcast the match.

Every year the participant teams have been made a huge amount of money from the media channel. According to the new deal of season 2016-17, FC Barcelona and Real Madrid had massive of €150 million and €148 million respectively. Atletico Madrid’s will be paid of deal payment of 116 million. The equal pot of money consisted for every team of €50 million for media rights.  Last year Real Madrid along with Barcelona earn about €140 million each and the champion Atletico Madrid obtained of €42 million. The bottom club Almeria earned of €18 million. Let’s see this season how much money the team make from the media.

Spanish La Liga one of the most exotic football tournament in the world which is widely associated by Spanish football league system.  A total numbers of 20 teams have been taken place in the competition in every year. Since it’s inception altogether 60 teams have contributed in the competition and nine clubs had grab the title of Spanish La Liga. Real Madrid became the most successful team of the emulation with 32 time club champion with a honor. Defending champion Barcelona is also the second most successful club in the line. They have won total 23 titles and at present their stats is now in the mind blowing position with some world ranking player like Messi, Neymar and Suarez.