Leicester City also just another big and richest club in English Premier League and their total worth is £ 51,61 million. Their average contact is £ 1,78 million. They also have a plan to buy new player during this session.

This team recent days performance and cause of couple of forwards top goal scoring in EPL contemplate the management committee to increase salary structure of all current players of FCLC. It’s natural that if a club perform well, lot of sponsor come close to them and offer high amount deal which the net worth of the team.

United Kingdom’s leading news portal Mirror already wrote down a feature about consideration the payment of Jamie Vardy cause of his tremendous performance in this season. Even they also mention that people want to see Jamie Vardy as the top earning footballer from England.

More skilled player form different countries playing for FCLC and they are getting handsome salary. Team organizer also buy, sell and sign in a new deal with players at transfer session. Guys let’s go through into the wage bills chart to take a look that who is taking how much. 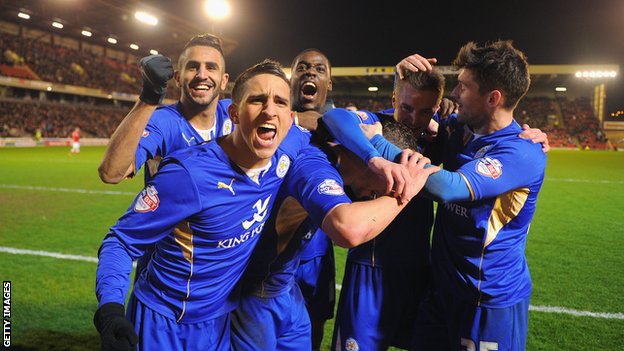 Known As: The Blues

Claudio Ranieri contracted as a manager of Leicester city for next 3 years where the payment agreement fixed for £1.5 million per year.

Though the Daily Mail released the contract money of the manager but couldn’t find other coaching stuff payment details in any other sources.

The biggest surprise of 2015/16 Barclays Premier League is Leicester city. This is not only the most unpredictable performance in English Premier League but also the highest break through comparing all other Leagues around the earth. How a team can come back and raise up very soon, LCFC is the best example of that. Main thing is they are playing good football. Though their performance strategy isn’t so well in other national level tournaments in this season like FA Cup Or, League cup but they are simply dominating top clubs of England in EPL point table. In English football community Leicester City is a well-known club those are playing English Premier League from a long time. It was founded in 1884. They is also won League Cup three times and runner-up on FA Cup four times.