Manchester United are targeting a number of players to sign in the upcoming summer transfer window. They are considering the moves to bring in the likes of Harry Kane, Jadon Sancho. But some of their current squad members are also ready to leave. Sky Sports News’ reporter James Cooper has recently assessed the future of all 31 Man Utd first team squad members. There he revealed that at least 4 players are ready to make a permanent move away from the Theater of Dreams. Lets have a look which guys are departing OT. 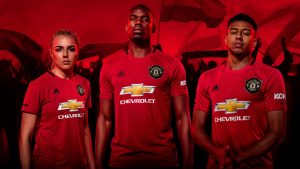 Phil Jones : Jones is one of the United’s longest serving players. But the center half has failed to impress on the football pitch in the recent seasons. Ole Gunnar Solskjaer named him just twice in the EPL starting line up meanwhile totally he just got 8 chances to appear in the field this season. Thus it shows the future is gloomy for the English international. He last wore the Red shirt in the January and will be available if any side offers regular football. But the CB still has 3 years left on his contract so it is going to be definitely challenging for any buyer.

Chris Smalling : The 30 years old defender decided to make a loan move to Serie A side AS Roma. The move proved to be a great one. Now the Gladiators are keen to sign him permanently. But not only Roma but also some other clubs have shown interest on the experienced CB. However, he has a little chance to be regular in the Utd first xi. Moreover, Solskjaer may just try to sign another defender which will make things much more challenging for Smalling. Thus it looks like he is heading out of the Old Trafford permanently.

Marcos Rojo : The Argentine is still in the Red Devils’ squad which is very much shocking. Rojo just made 10 starts in the last 2 seasons. Rojo is currently on loan with his former club Estudiantes. It’s manager Juan Sebastian Veron wants to keep the versatile defender permanently. Thus it looks like that his last minute appearance against Brighton might just prove to be his last game for United.

Jesse Lingard : The forward used to be admired previously by the fans as well as the experts when he scored crucial goals in some big matches. But recently the winger seemed to play with the whole world’s pressure on his shoulders. He has failed to prove his worth and his time with the most successful English side in the history is probably coming to an end.