Liverpool is a richest of English Premier League and they played a brilliant session in last year. Though, the Reds did not claim any Premier league title yet but still regarded as one of the Big Four clubs in England. But last summer they made a lot of change in their team, they bought many new and young player. As the result of that they were not qualified in the Champions League 2016-17. Last year Luis Suarez has gone to Barcelona and Suarez less Liverpool bought new player. The reds paying handsome amount to their player. 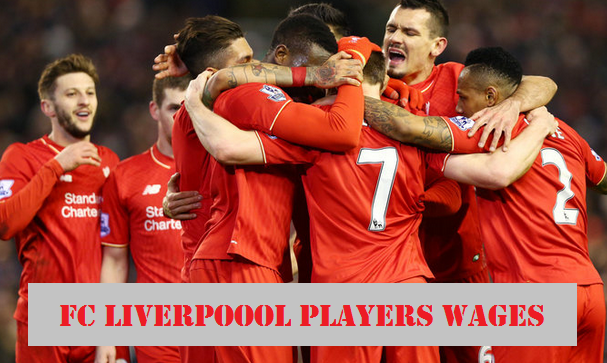 The annual revenue of Liverpool is €306 million which makes it ninth highest earning club worldwide, according to 2013/14. It is also the world’s 8th most valuable club with $982 million net worth.

According to the report of this summer, total 37 players are get contracted centrally with this club. Among them, six players are new. On the other hand, total 11 players have left this club where three of them are released and rest 8 players are sold to different clubs. Let’s have a glance below where the weekly wages of all contracted players are given.

Besides Austrian goalkeeper Alex Manninger is also the one who is added in the squad of Liverpool this summer though that was a free transfer from German Augsburg.

Among the sold player of Liverpool this summer, Joe Allen left to Stoke City for £13 million, Martin Skrtel left to Fenerbahce, Sergi Canos left to Norwich City. Rest players has left for different clubs as well. Liverpool has made this payroll for this year and also the increased salary some of player.

Link for the reds fans: