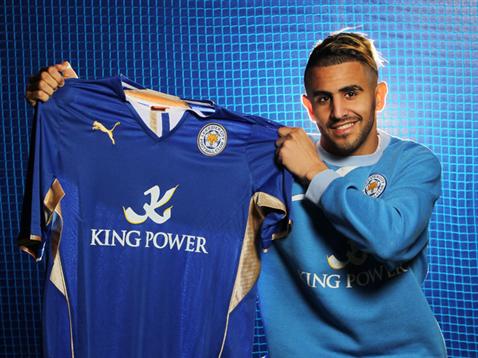 The France born Mahrez is playing now in Algeria national teams. He has 11 goals, seven assists and 15 appearances in this session English Premier League.

Arsenal, Tottenham, Manchester United and Barcelona try to linked with him for a move in January transfer window. But 24 years old French man said it will best for him to stay until end of the session. He was joined in Leicester City for £400,000 million in 2014 with two years deal from League 2 club Le Havre.

I had six month left in Le Havre and nobody interest to singed in with me, Leicester was tried hard to signed in with me, he said. I could fell they wanted me but it will very risky to sign in with them without knowing their culture and area he added.

When you come from far and you ended top in Premier League it is really great. We are not going to win the Premier League now, I think our club has not enough shoulders to do it. The famous teams will weak up and they are also capable to win this league, he said.

Leicester City is now top in English Premier League after winning 2-1 with Chelsea. Mahrez also confirmed he has not chance to leave Leicester City in January transfer window.