English Premier League 2014-15 Runner up Manchester city playing outstanding football and still showing best performance in this tournament. Specially, their win against Chelsea by 3 – 0 was a surprising result and right now they are in amazing form. As a newly coming club, Watford also doing well cause they made draw in their first 3 matches against Everton, Westbromwich Albion & Southampton. 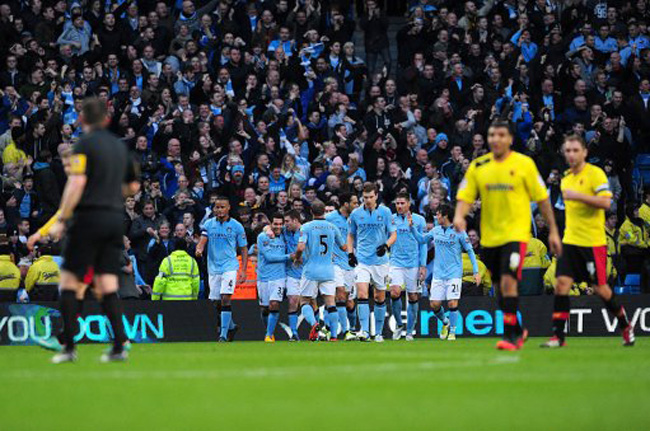 Match between: Manchester City Vs Watford

Cause of quality performance of Man city in last few matches, our editorial prediction goes to their favor but it’s true that Watford have enough capability to win over them. If you observe the statistics & head to head between them, situation will be clear to everyone. Defensive playing style of Watford would keep ahead them in point table but they need few matches win.