The most successful English club in the history, Manchester United are preparing themselves for the upcoming summer transfer window. They have listed number of players which includes numerous big names. Let’s see which players are in the Red Devils’ radar :

Saul Niguez : A club record 135 million GBP signing seems just like a matter of time. Daily Star has revealed during the late March that, the Atletico Madrid play maker’s next destination is going to be the Old Trafford. The Spaniard has been in great form since the last couple of season and it has just got better in this ongoing season. He will be a huge booster to the squad, if he really comes to the Theater of Dreams. 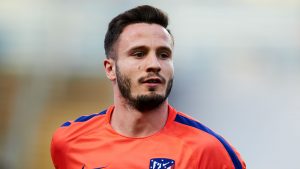 Aaron Ramsey : The former Arsenal midfielder may just make his comeback to the English top flight league. After passing a season at the Turin, he may come in exchange of United’s French sensation Paul Pogba. The Welsh international was a key player during his time at the Emirates. He will increase creativity as well as goal scoring chances in the Red Devils’ midfield.

Ivan Rakitic : The Croat star’s contract with the Catalans is running out. It doesn’t seem that, he is going to extend his stay at the Camp Nou. Thus a cheap move is on the card and Ole’s side may bargain the former Sevilla captain just for 17.6 million GBP.

Thomas Meunier : United are monitoring the Belgian full back. Soon he is going to be available on a free transfer. The right back is not expected to extend his contract with the Ligue 1 giants. Thus the 3 times UCL champions have a huge chance to sign him. If he comes, he will provide challenging competition to Aaron Wan Bissaka.

Jack Grealish : The name you were waiting for, the name you were searching for. The Aston Villa sensation is one of the major targets for the Red Devils. Not only Man Utd but also so many other English giants are monitoring the Villa skipper. United are expected to launch a 70 million GBP bid for the in form star. But recently he defied government’s strick Corona virus lockdown rules. It may just affect his move to the Old Trafford but Ole’s side is pretty much keen to bring him in.

Harry Kane : The England national team captain may leave the North London based club. So many European giants are after the prolific goal scorer. United are desperate to sign him but will face a tough competition as City and Juventus are also in the race.